I don't have the time to post all the details before going to sleep, but I did a few things tonight including measure the power supply voltages, install new RAM, and have a lot of problems and crashes.

I tested the voltages of the XL1201 power supply with a Fluke 269 multimeter and a Rigol DS1000E, while the system was on and sitting at the FEP command prompt. 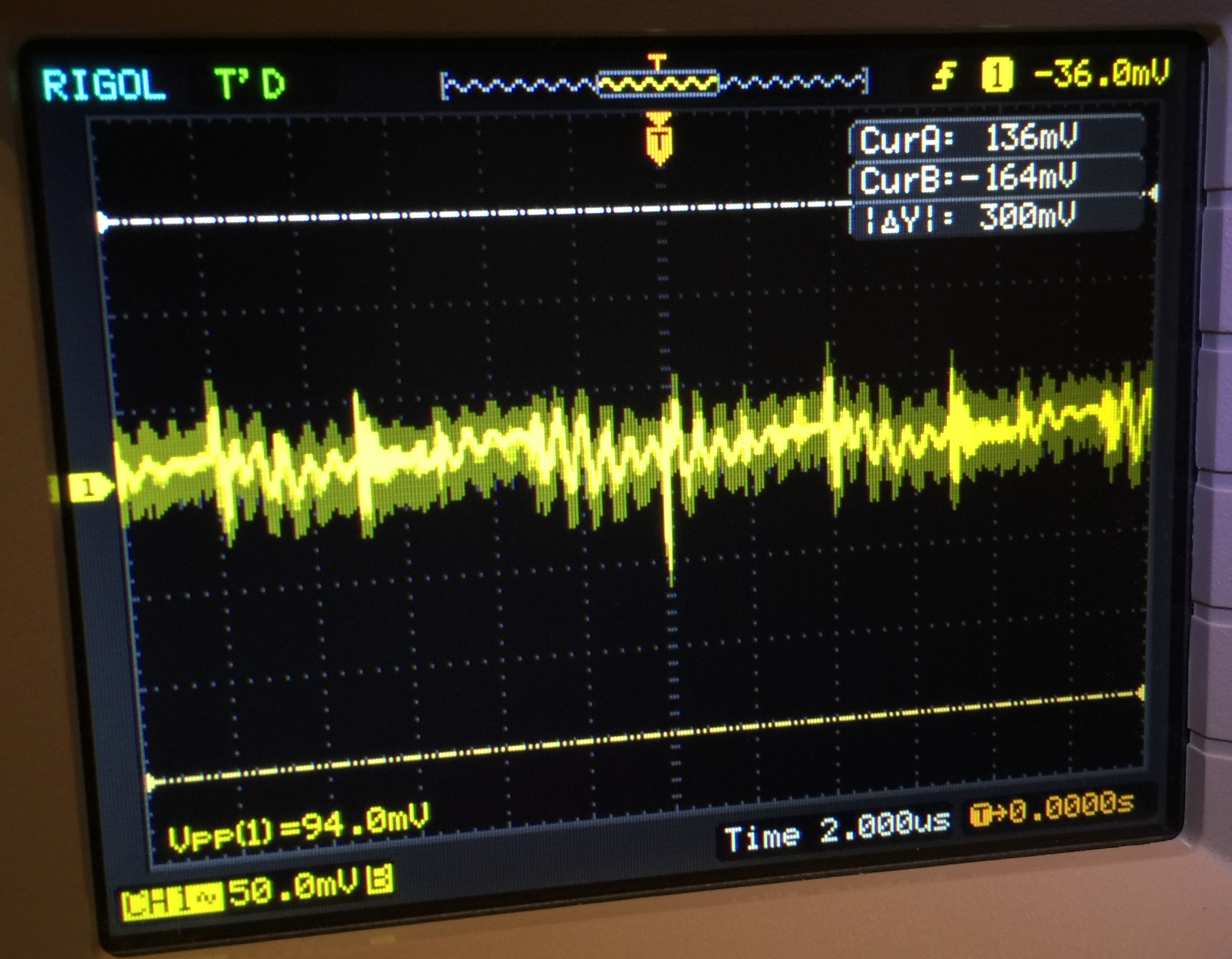 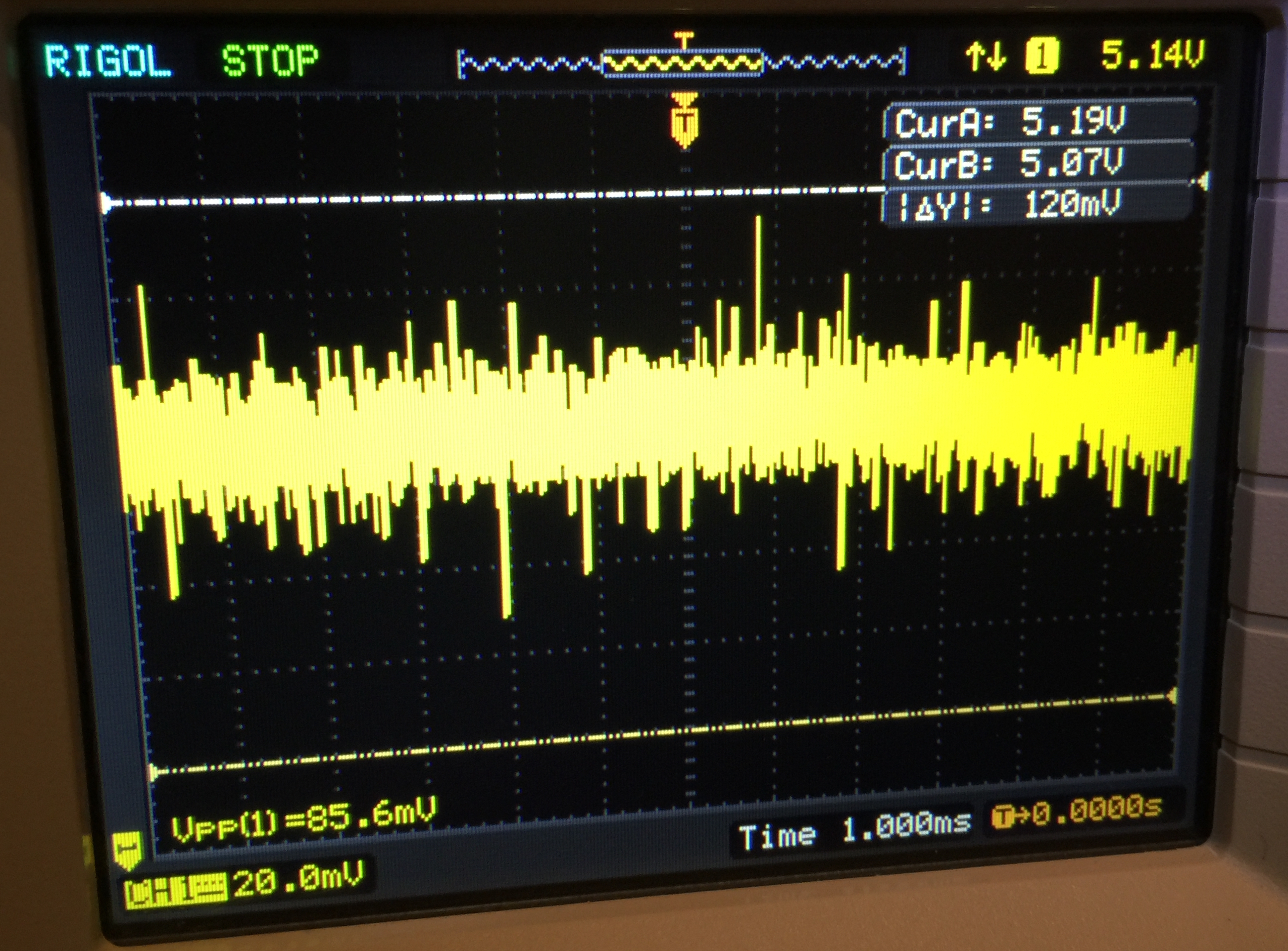 I received two 4 Mword memory cards from [David K. Schmidt] a few weeks ago. I finally installed them, and while at it I took detailed pictures of the whole XL1201 that I will post.

I put the whole thing back together and made sure everything was tightly seated with a rubber mallet and a small wood block. The computer booted just fine. 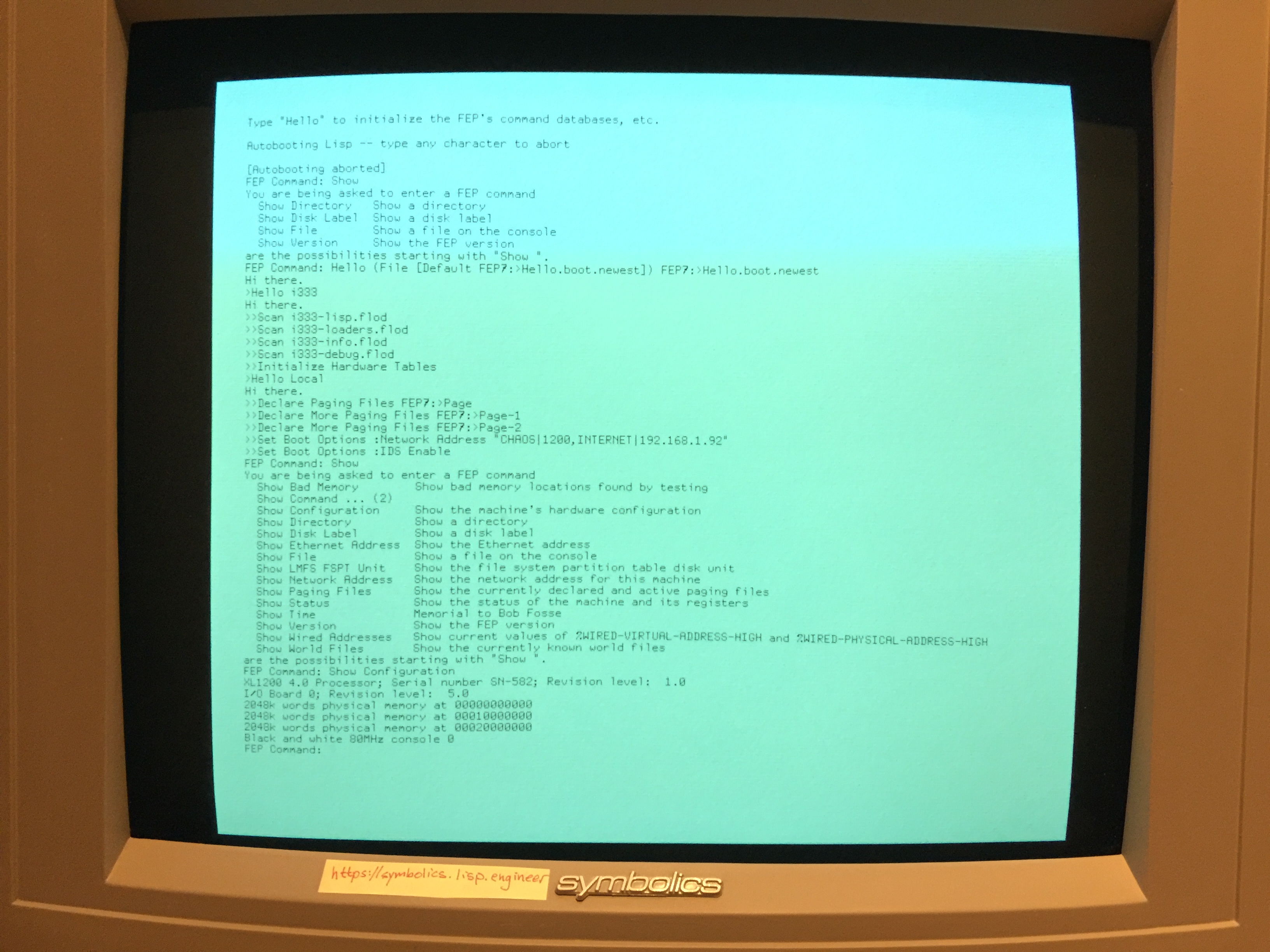 Unfortunately, at boot, only 6 Mwords of memory were seen. Self-test of the memory seems fine. I may have seen some signs of possible physical damage of the Merlin II under the second memory card slot, so I'll have to look more closely at that when I load the macro photos. The I333-tests.flod FEP overlay contained some memory tests which I ran that didn't seem to show any test problems. 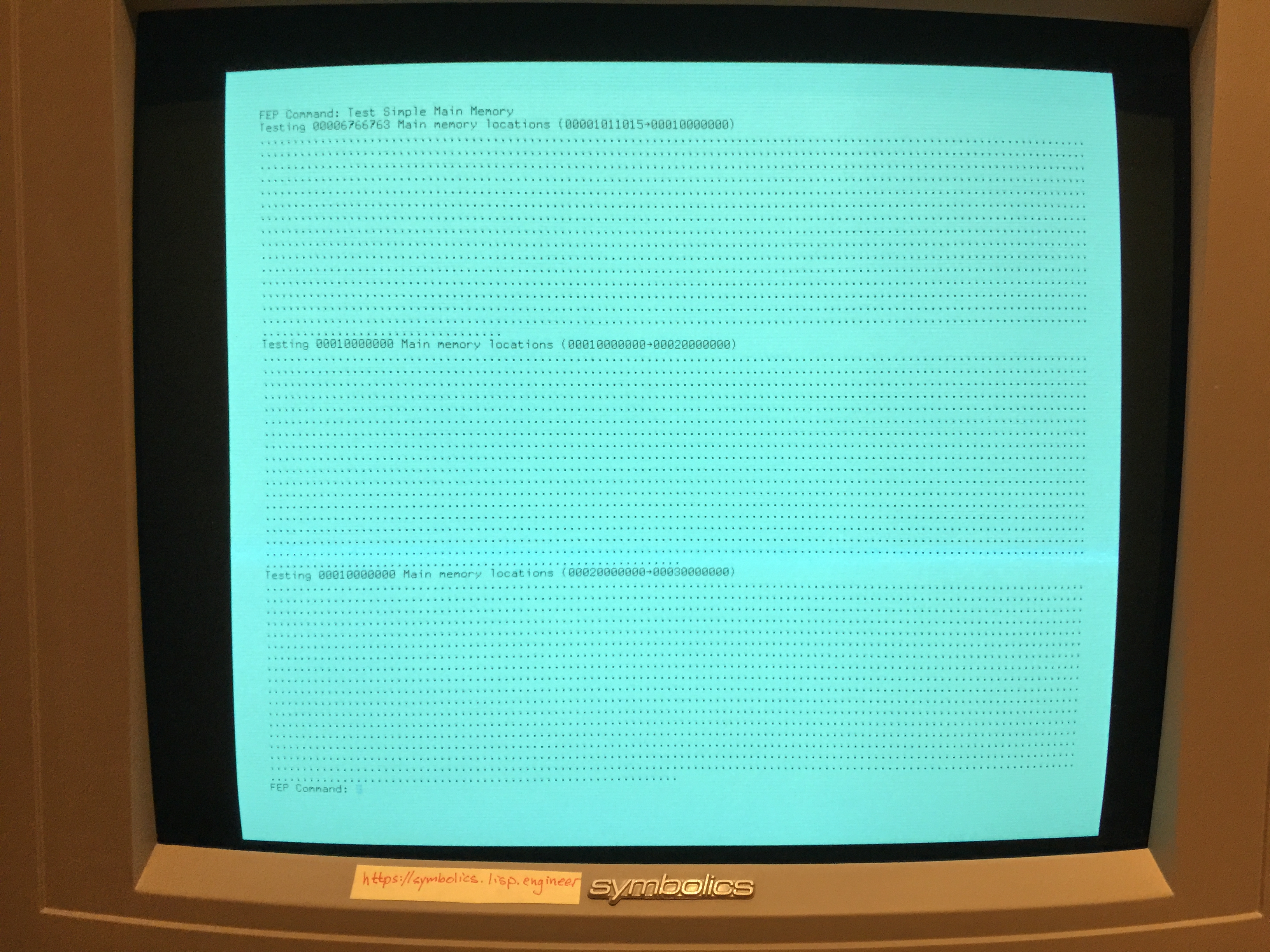 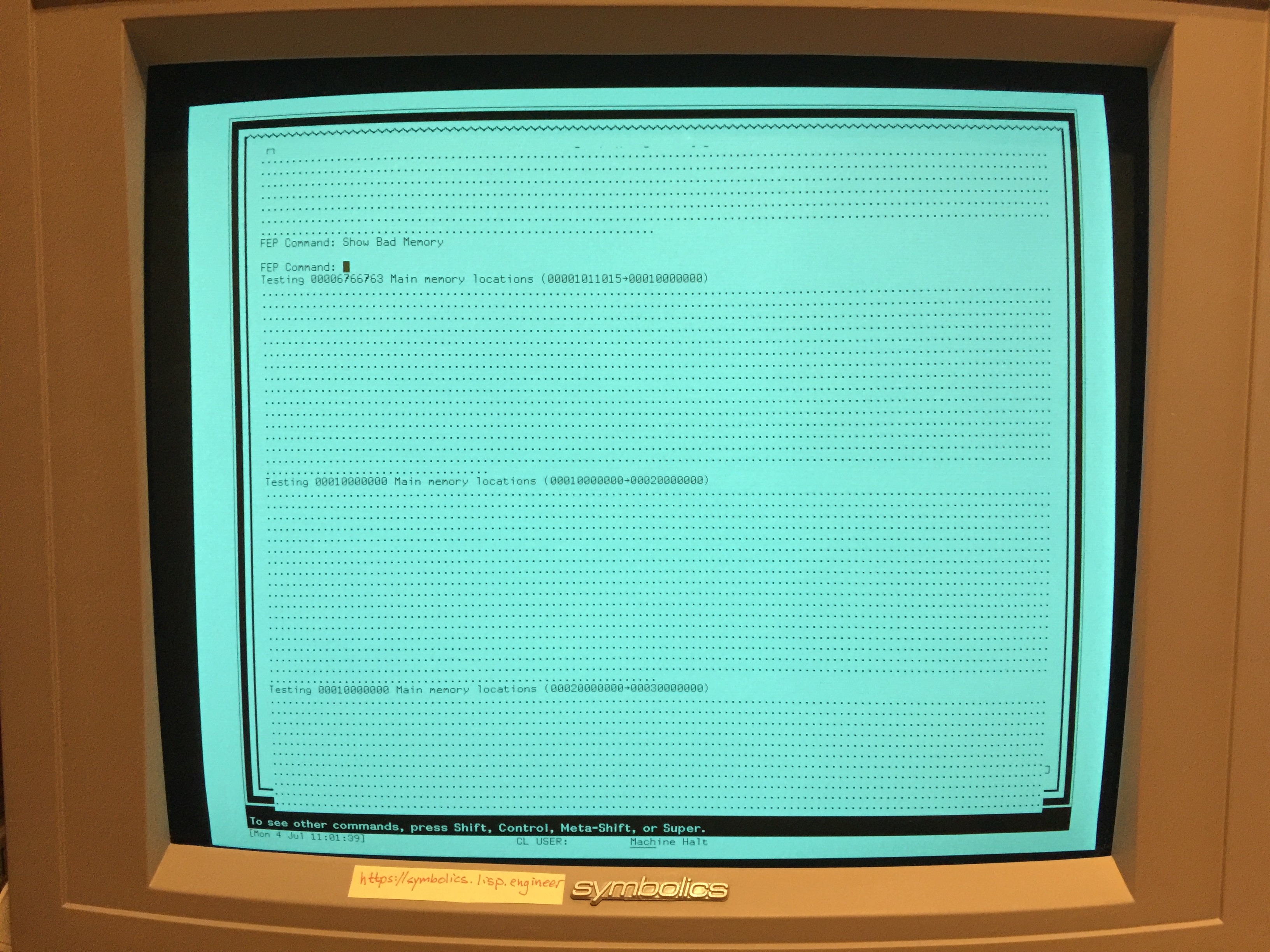 With all this done, the XL1201 just hasn't been reliable. It crashed several times tonight already, and several times earlier today. I hoped new RAM would help, but obviously it didn't. The only other difference of note is that I hooked a serial cable up to the console.

For the final coup-de-grâce I just power-off cold booted the XL1201 and let it sit there. After a while I glanced at the screen and noticed it had self-booted. Worse, the FEP wouldn't even do anything and immediately showed an error when its autoboot.boot sequence started. An earlier error dumped me into FEP and I tried the c-b suggested by Kalman Reti to get a short backtrace but it literally crashed again while showing the backtrace! (Thank you for your help, by the way!) 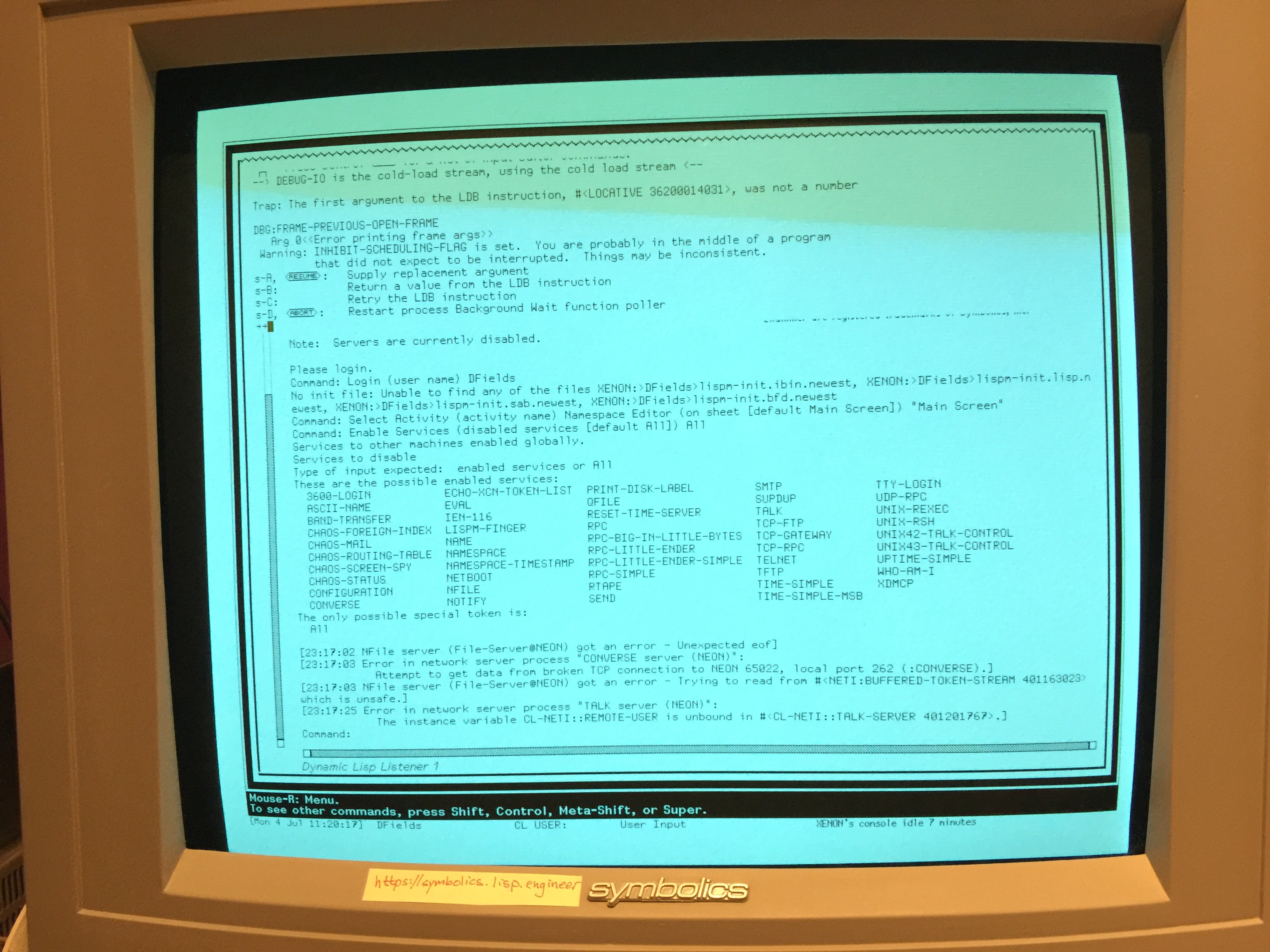 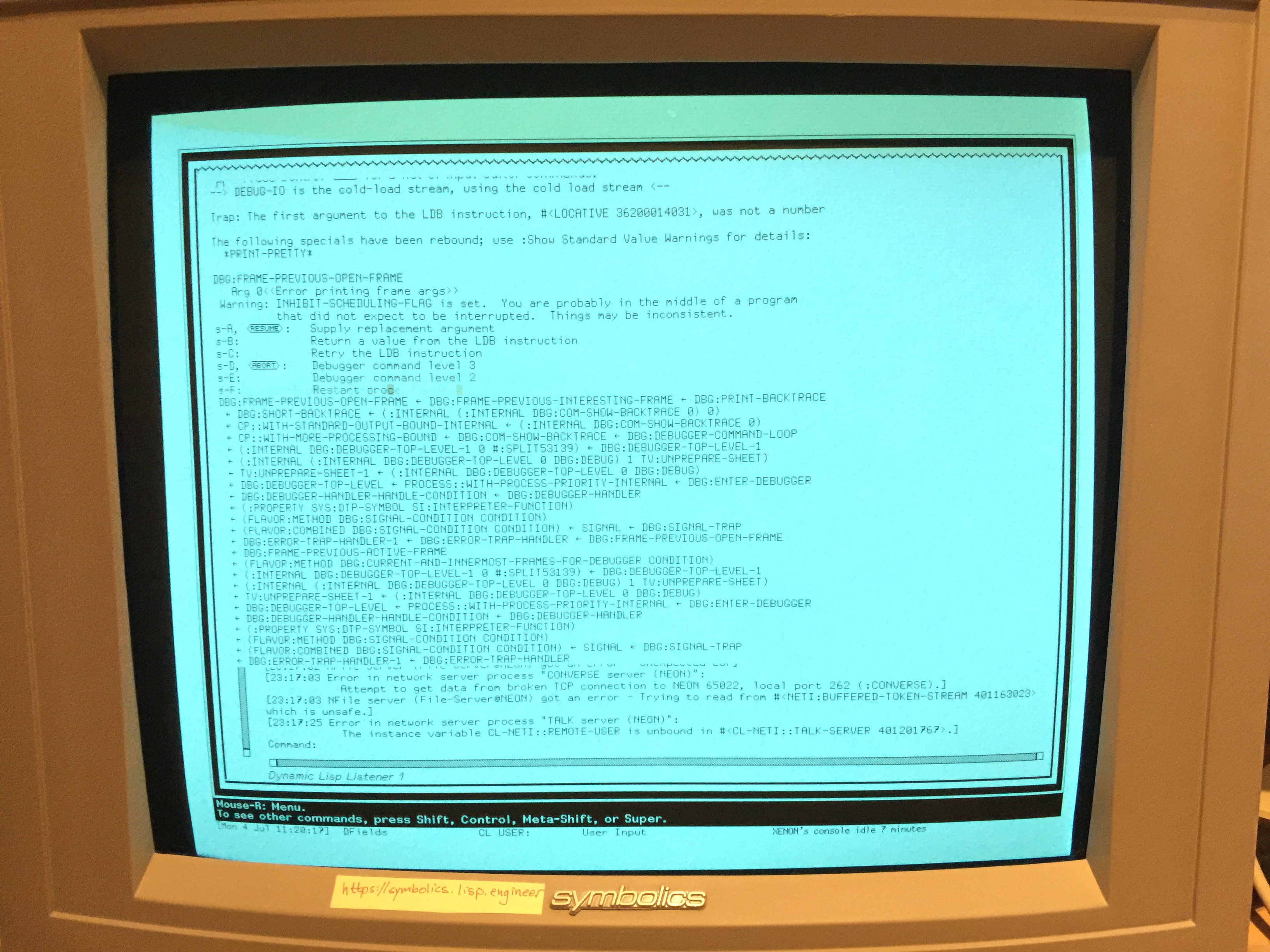 Autoboot error after it was just sitting there: 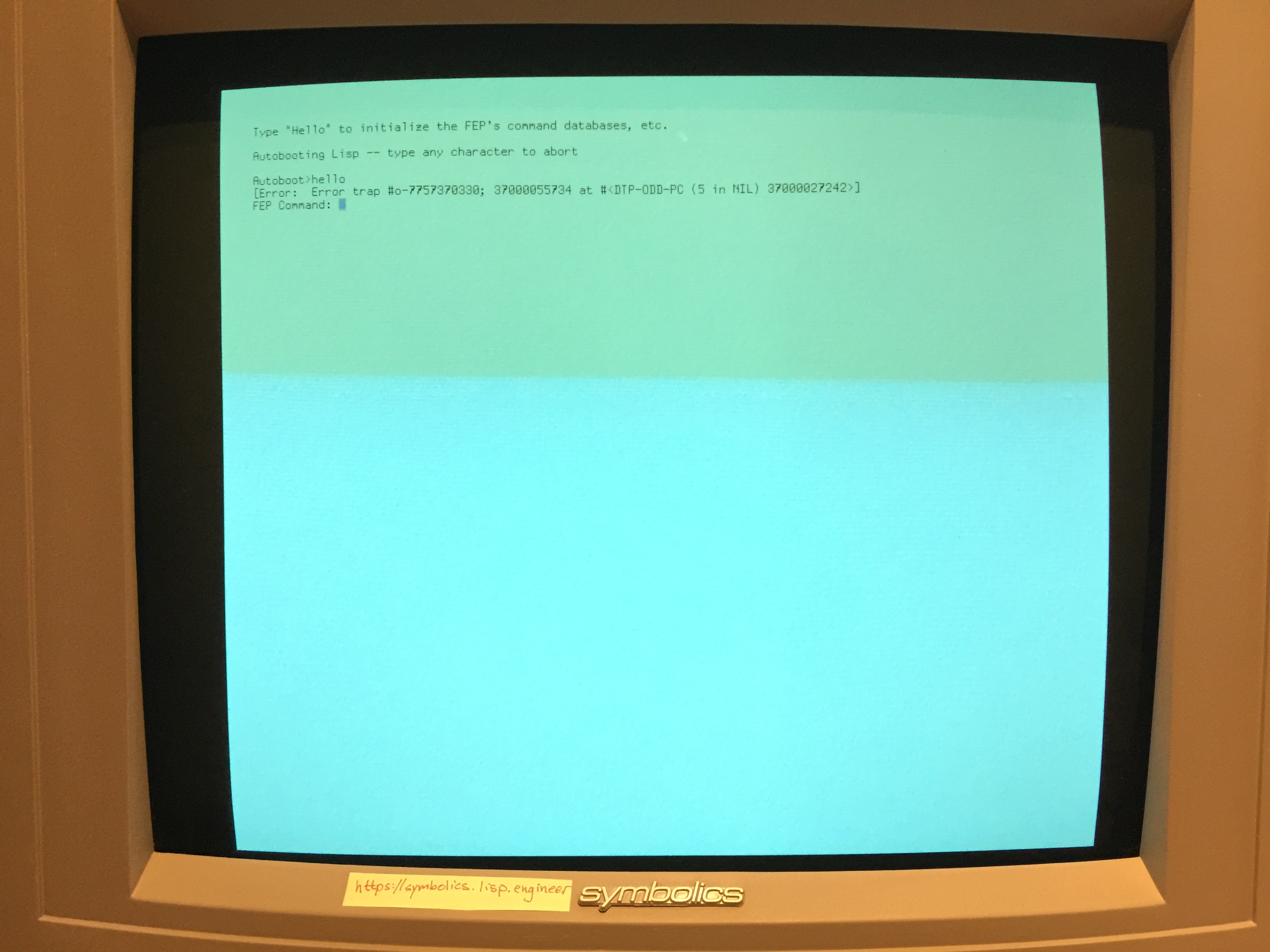 Anyway, after I unplugged the Serial Port and booted (and just let it sit at the Genera banner), no such luck. It decided to self-reboot and gave me that same exact error:

Well, the instability on the XL1201 has been disheartening. However, I have a few suggestions and plans to see…

I have been having a hell of a time today with the XL1201. It keeps crashing to the FEP…