My MacIvory III in a Quadra 650 running Mac OS 8 has a Logitech Mouseman (Model M-AH32), which is a three button mouse from Logitech. However, I never got that three button mouse working with Genera. I did just manage to get my hands on the MouseKey 2.0 software, though.

There are directions in the MacIvory User's Guide section Configuring the Logitech MouseMan for Use with a MacIvory. I recall, however, reading things on the Internet saying that only certain versions of MouseKey will work, and I think those versions are 1.0 and 1.1 but not 1.1.1. (Thanks Google) I don't recall reading anything about 2.0.

Here's how to get it installed: 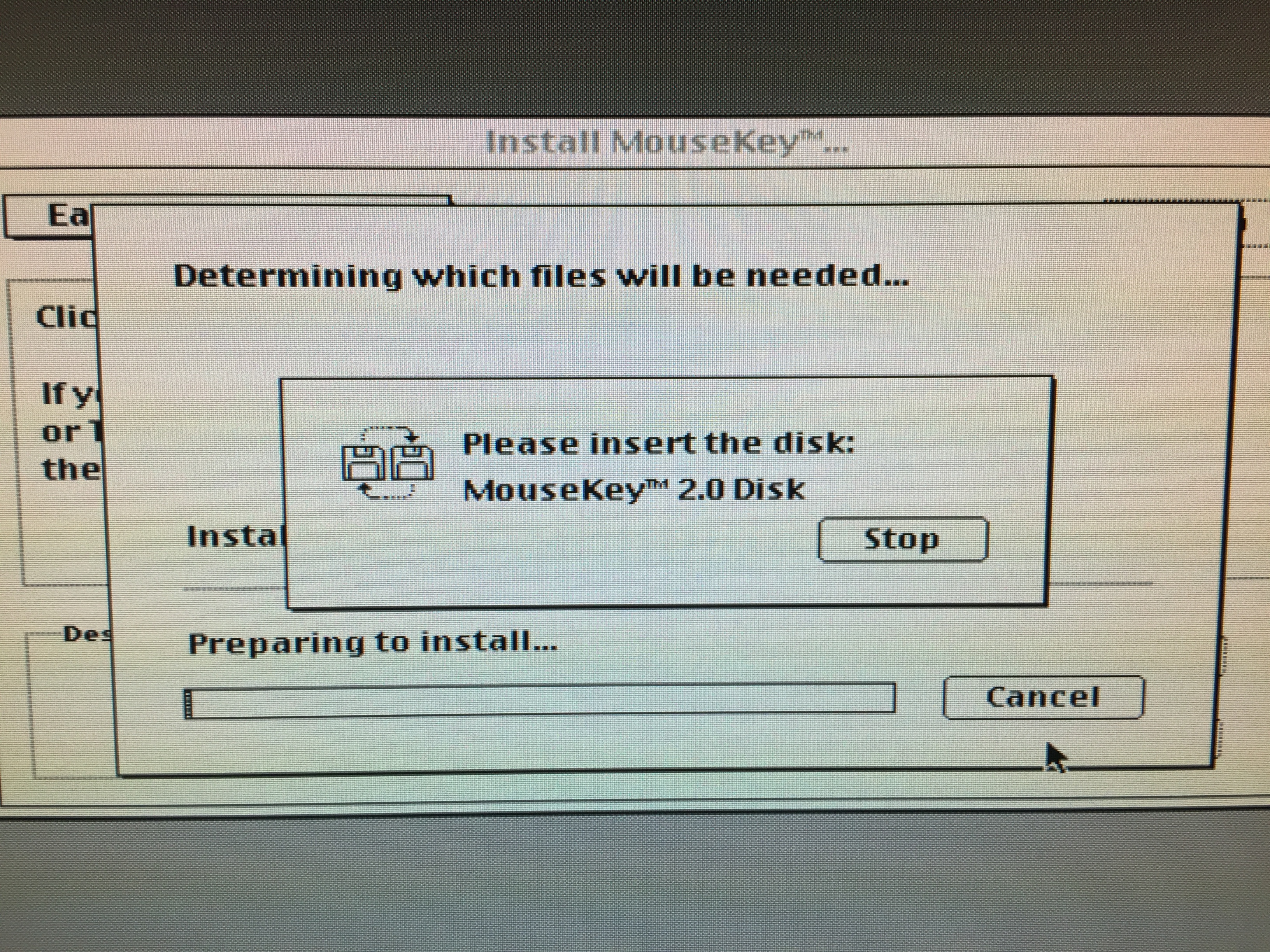 At this point, however, following the directions in MacIvory User's Guide does not work. 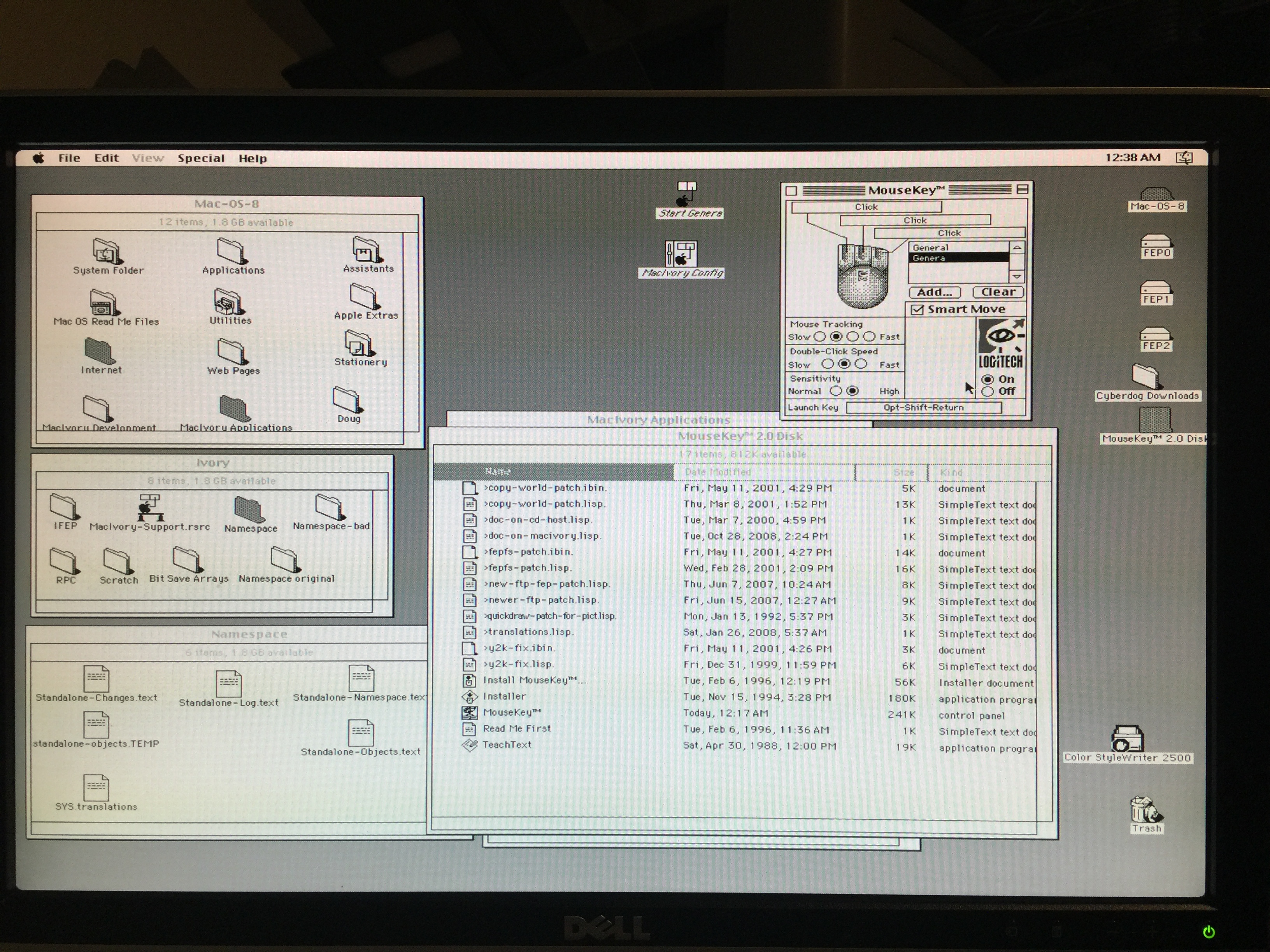 If you boot Genera and click the middle mouse button in a scroll bar, for example, the system will lock up with the mouse cursor having turned into a big down arrow and be thenceforth unresponsive to keyboard and mouse input. 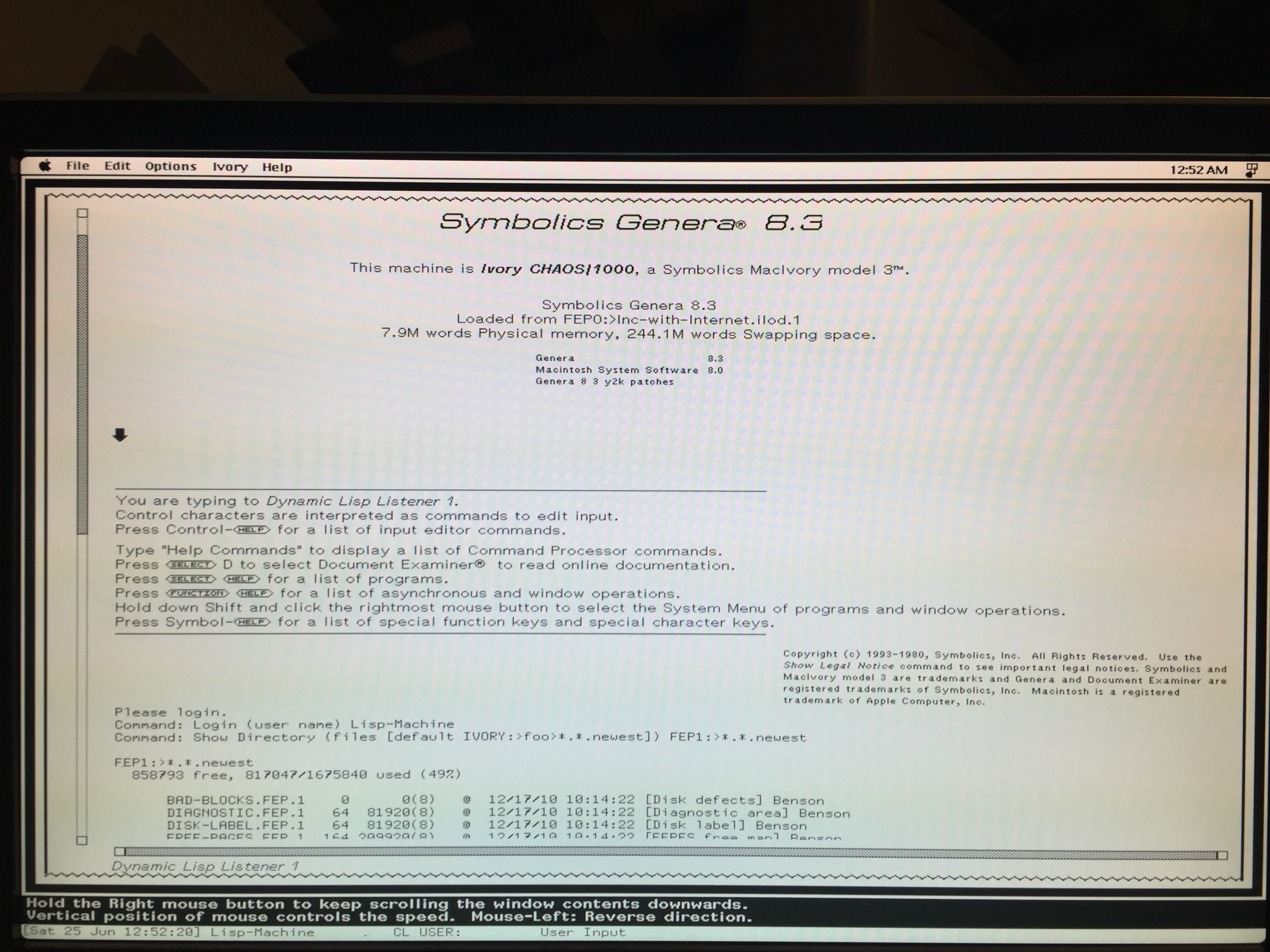 The MacIvory is configured to use the down arrow key as the middle click and the right arrow key as the right click. These can be set to be clicks and not and not as hold-and-click modifiers. It's possible to configure the mouse clicks to push those buttons, so I did that. 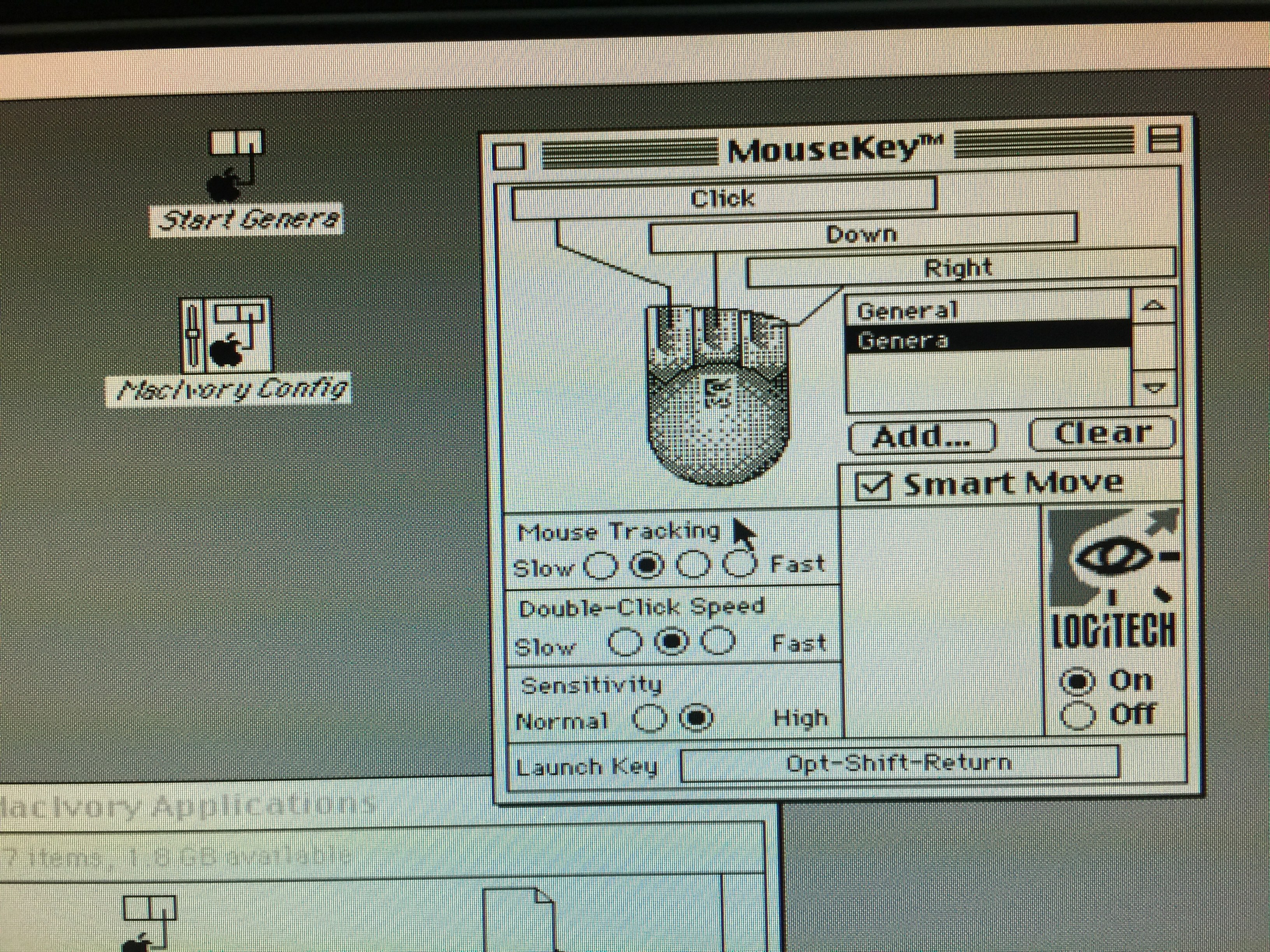 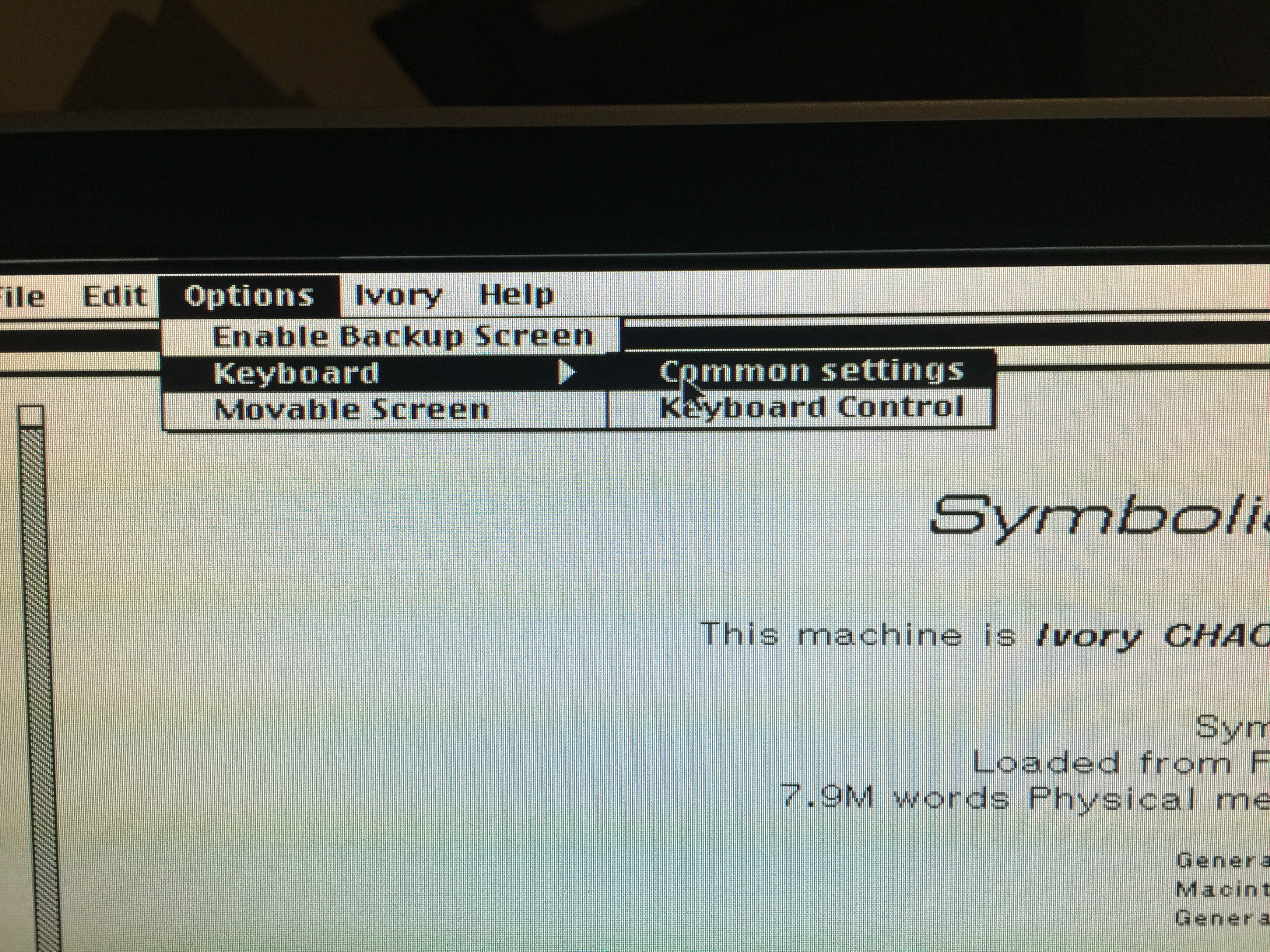 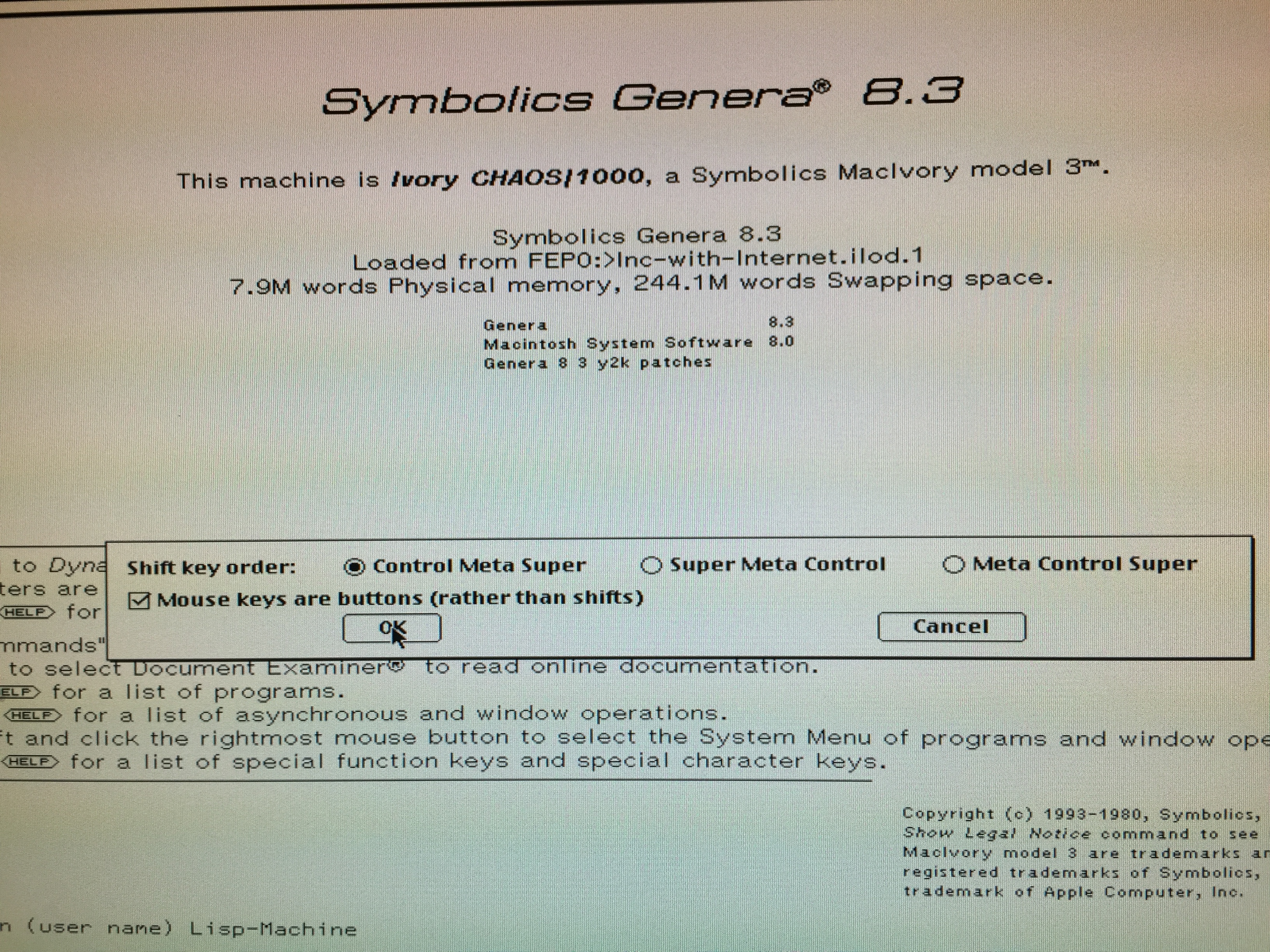 Unfortunately, the mouse didn't work at all anymore in Genera once I did that.

So, I turned off the MouseKey software entirely. This didn't help either, and the mouse was non-functional in Genera still.

Finally, I uninstalled MouseKey 2.0 with the provided installer set to uninstall mode. Running Genera now works, at least as well as it used to with a one-button mouse, which is not nearly as enjoyable as having a proper 3-button mouse.

Earlier I had found a MouseKey1.1.sit file on Macintosh Garden (no link as it seems down now). That didn't work because it says that I have no Logitech mouse connected (which isn't true). I imagine it's missing a driver or other component to install.