Well, after living with the default keyboard mapping for Genera under X-Windows, I decided to make an optimized one for an 87-key ANSI layout. The design goals were:

Some of the important things that these led me to were:

Some of the challenges were:

So, with all that said, let me share the layout: (Keyboard-Layout-Editor link)

Additionally, I made a WASD Keyboards custom layout file (which the original is an Inkscape SVG file, sources located here):

Finally, of course, there is xquartz-87-enh.lisp
in my GitHub Genera X11 Repository. The X11 Repo README.md file has installation instructions.

When I get the custom keyboard from WASD, I'll post pictures here.

I welcome thoughts and feedback on this layout.

Here is how this keyboard looks in Genera. 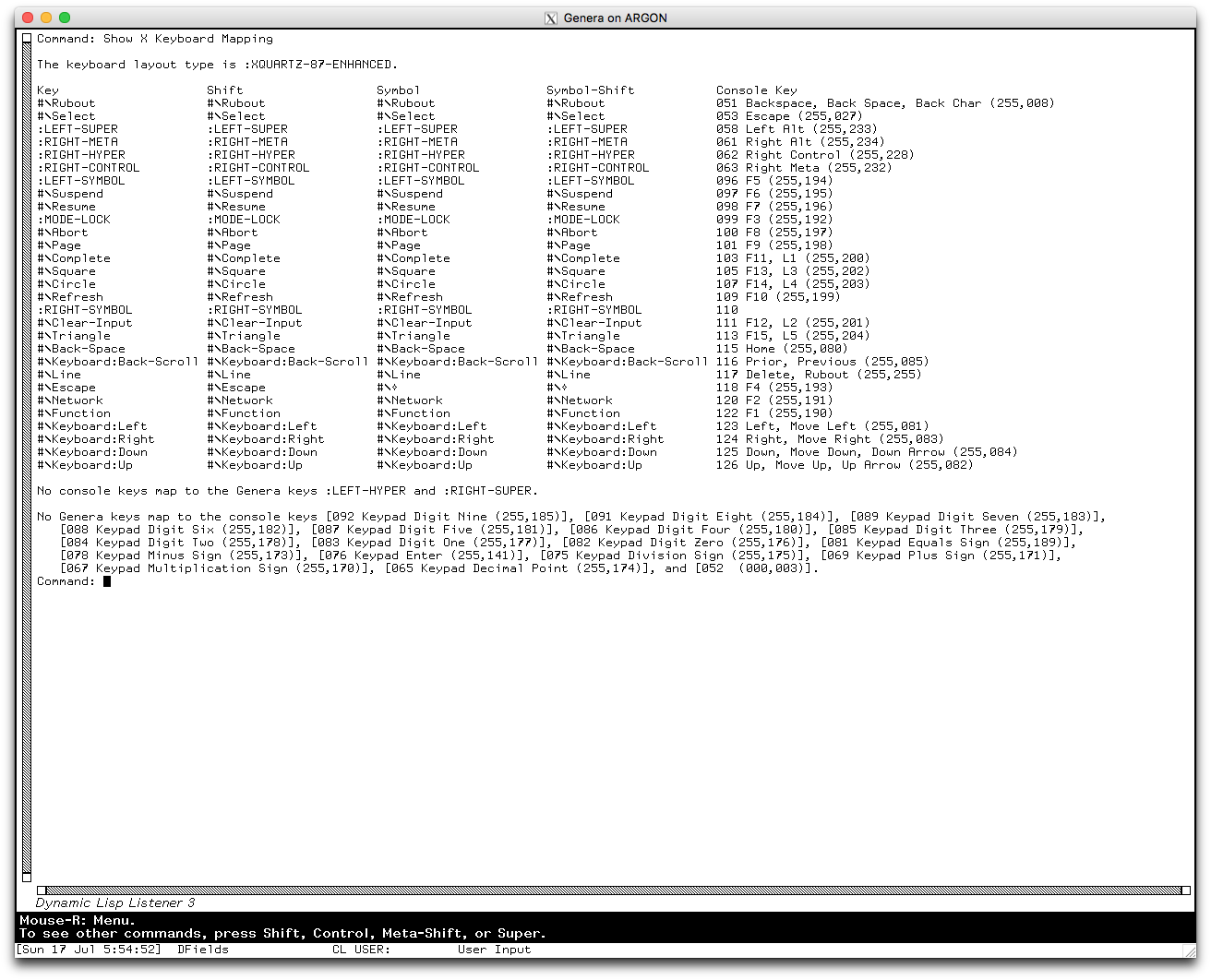 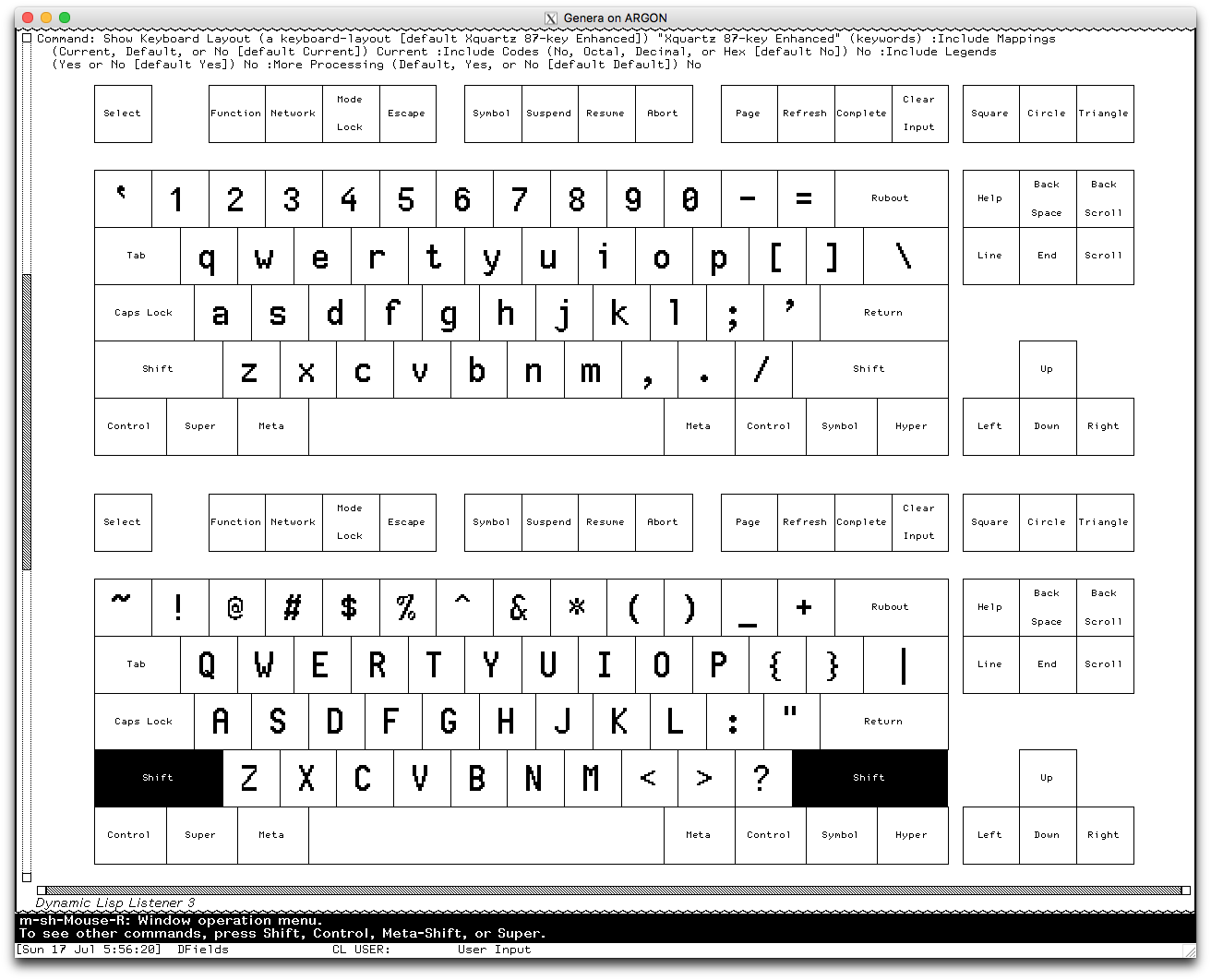 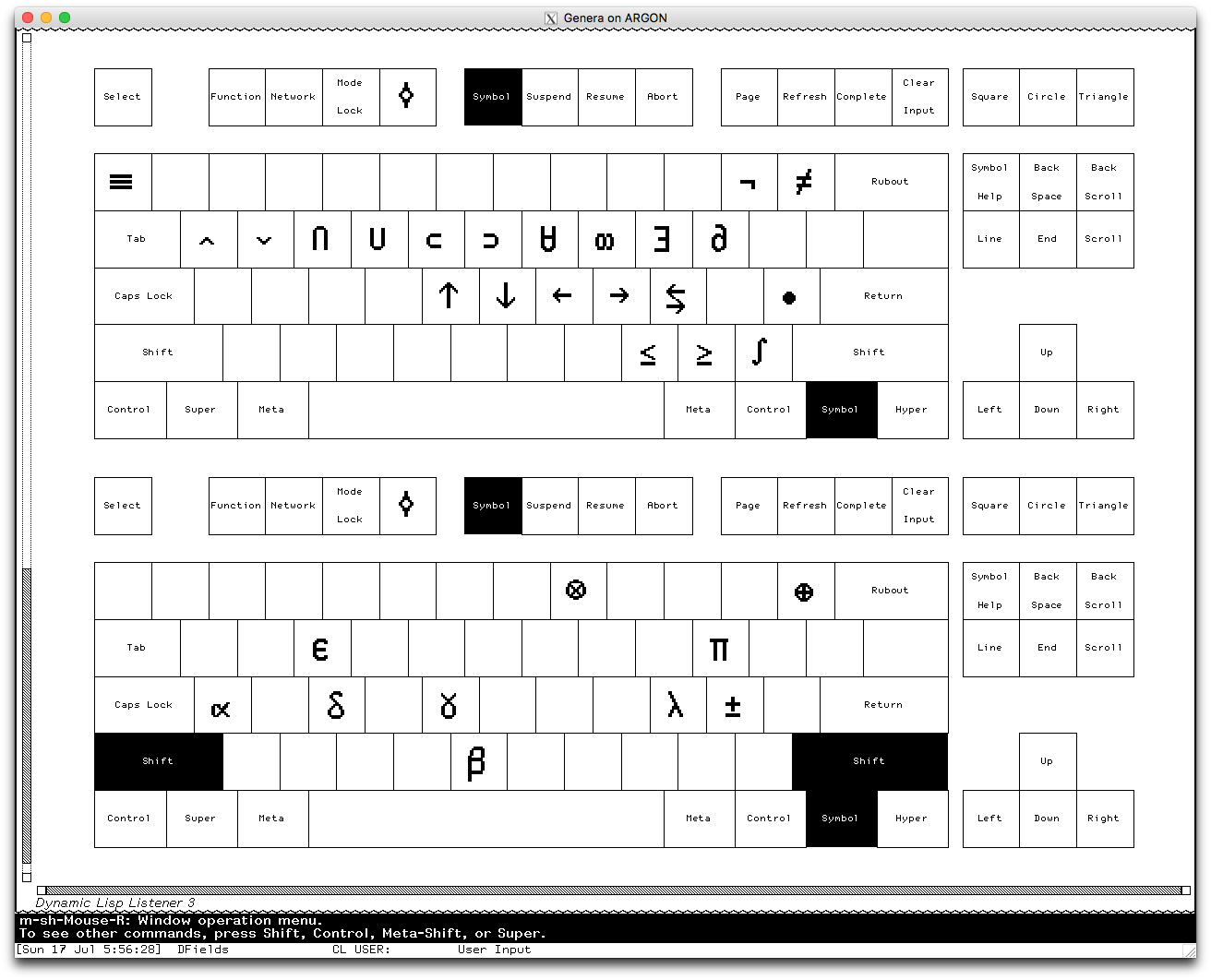 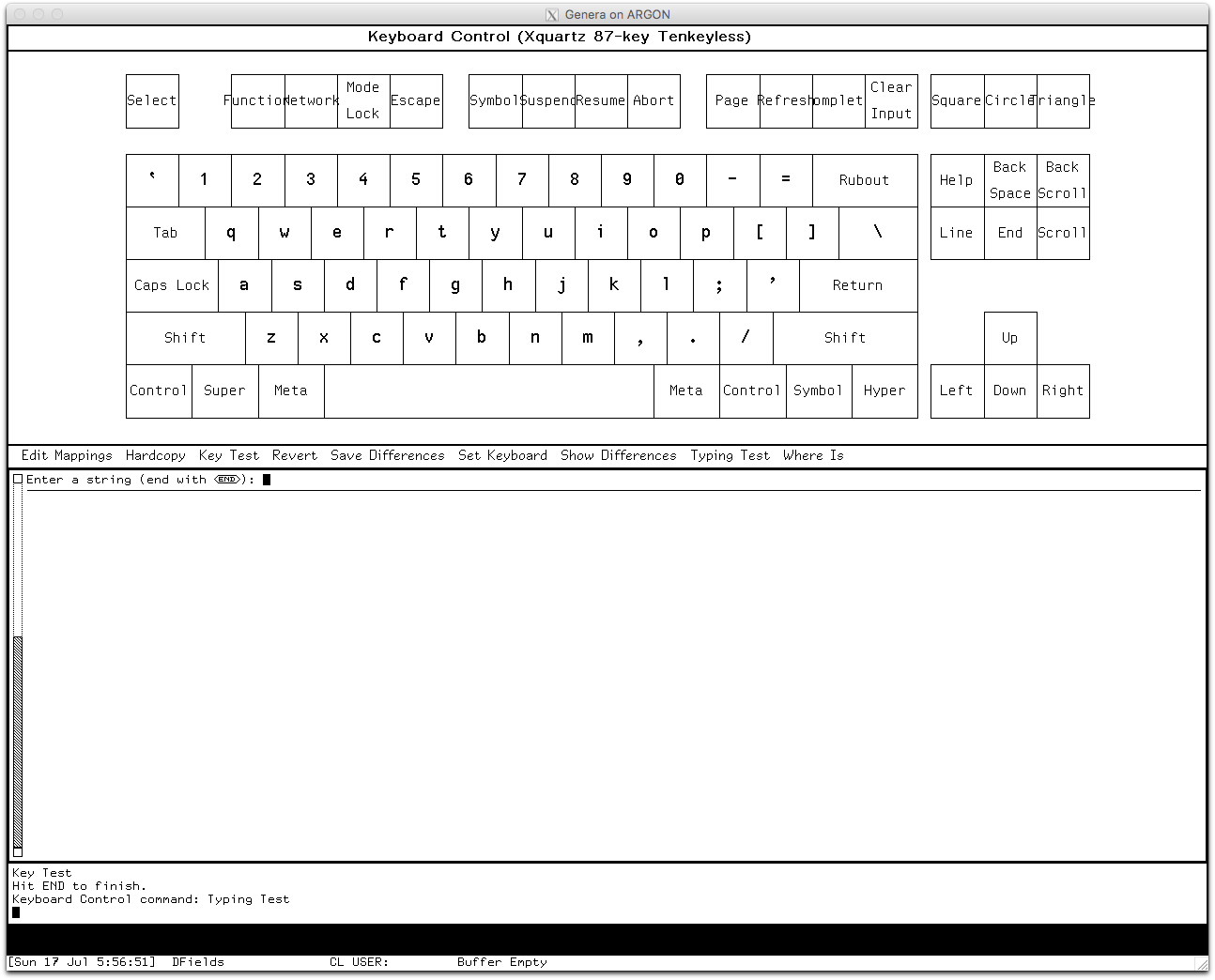 I'm going to try to make a version of this layout for these keyboards that I also regularly use:

To see if I can isolate the cause of the XL1201 instability, I am going to physically inspect the…

Just a brief hint... After you modify the file that has your translations (e.g., sys.translations), to make…