It has taken some effort, but I finally created a reasonable (and close-to-default) keyboard layout and mapping for Genera for using a modern, 87-key "tenkeyless" keyboard under Xquartz. I became reasonably familiar (at a reading level) with Flavors and Genera's X implementation while reverse engineering all this stuff. I also used the apropos function a lot, of course.

This layout stays very close to the default one provided by Genera while adding a few tweaks such as:

I also created a patch file that will fix an X-Windows bug in Genera with a modern X server when it tries to set the modifier mappings. This will show up in the Genera herald so you know it's there.

The keyboard layout is called :xquartz-87-tenkeyless and nicely printed as Xquartz 87-key Tenkeyless. A keyboard reference is available.

Xquartz must be configured with these three checkboxes set: (others are at your discretion) 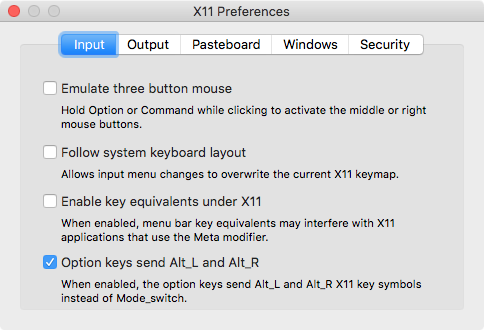 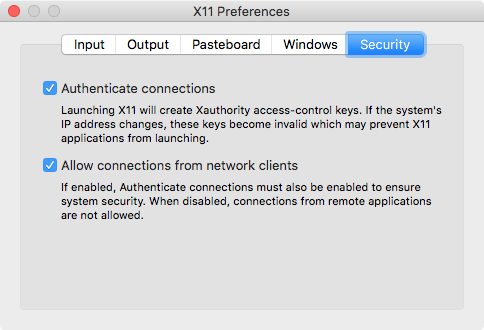 You need to allow remote connections, so be sure to do something like xhost + in your xterm window.

Furthermore, you should put the Genera fonts into your X11 font path as described here or things will look "wrong" and be less enjoyable.

One note: There seems to be only 6-key rollover when using the Key Test feature of Keyboard Control. I'm not sure if this is an Xquartz limitation or Genera limitation, or something else. Regardless, it's sufficient for our needs. (Shift-hyper-meta-super-control-X anyone? Can't add symbol in there...

To use the keyboard layout in Genera:

If your keyboard isn't working, it's probably because Genera couldn't match it. One thing to try is this:

Then, edit the xquartz-87.lisp file to match, in the signature:

After that, check the keys against the output of your xmodmap -pk to make sure they match. If not, you'll have to edit almost everything else. (xmodmap will start with ...KeyCodes range from 8 to... - that's where the :keycode-offset comes from.)

Forcing the Keyboard Mapping to Be Used

F14 and F15 are usually set to lower and raise brightness on the Mac. Disable this in System Preferences -> Keyboard -> Shortcuts -> Display

I'm going to make an improved layout that better utilizes the keys and puts the most frequently accessed ones closer to the home key. Having SELECT on the esc key is also nice (and familiar from using the MacIvory on the console). I'll share that here later.

Here are some screenshots of the keyboard in use on my iMac from the MacIvory III. 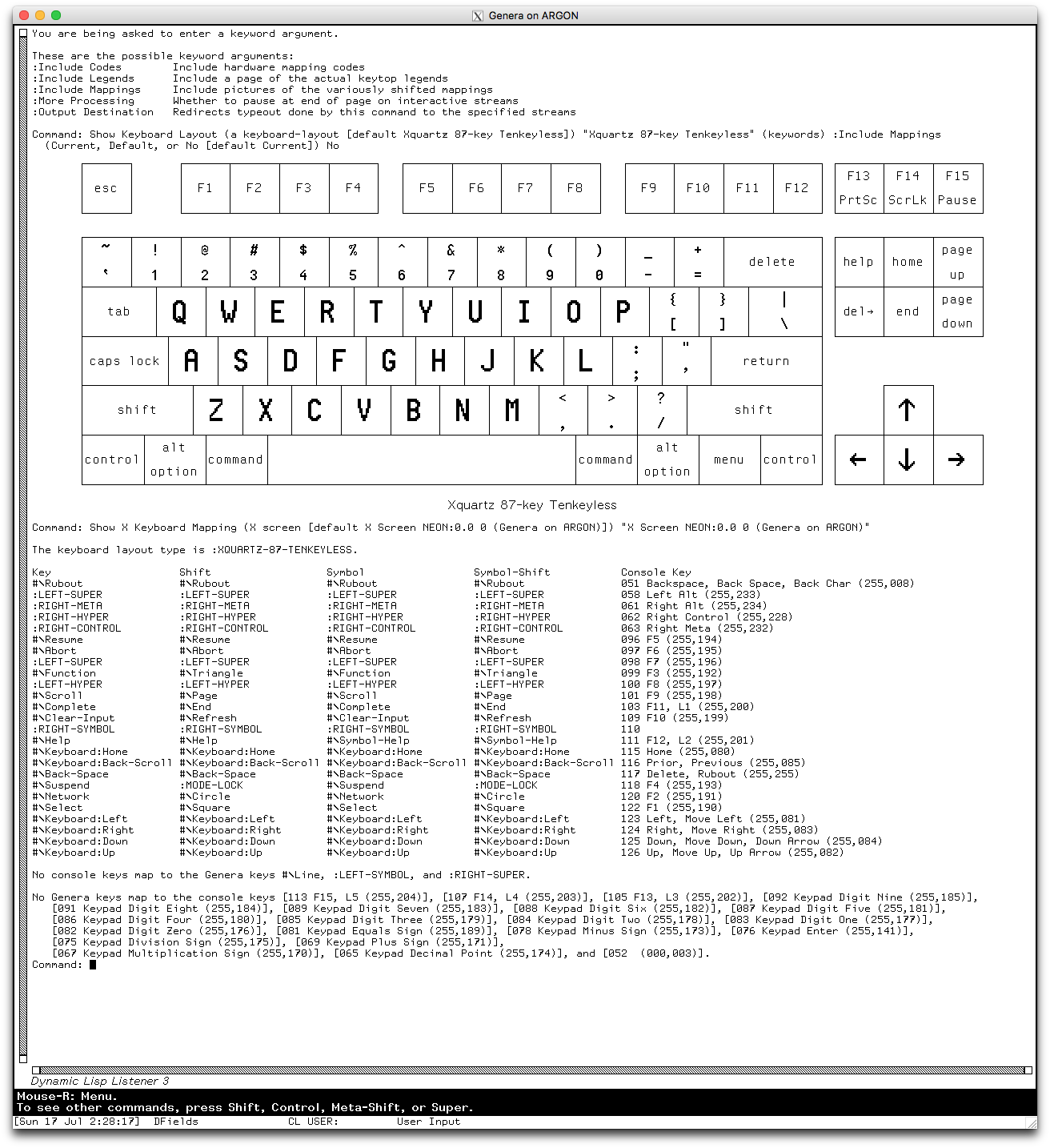 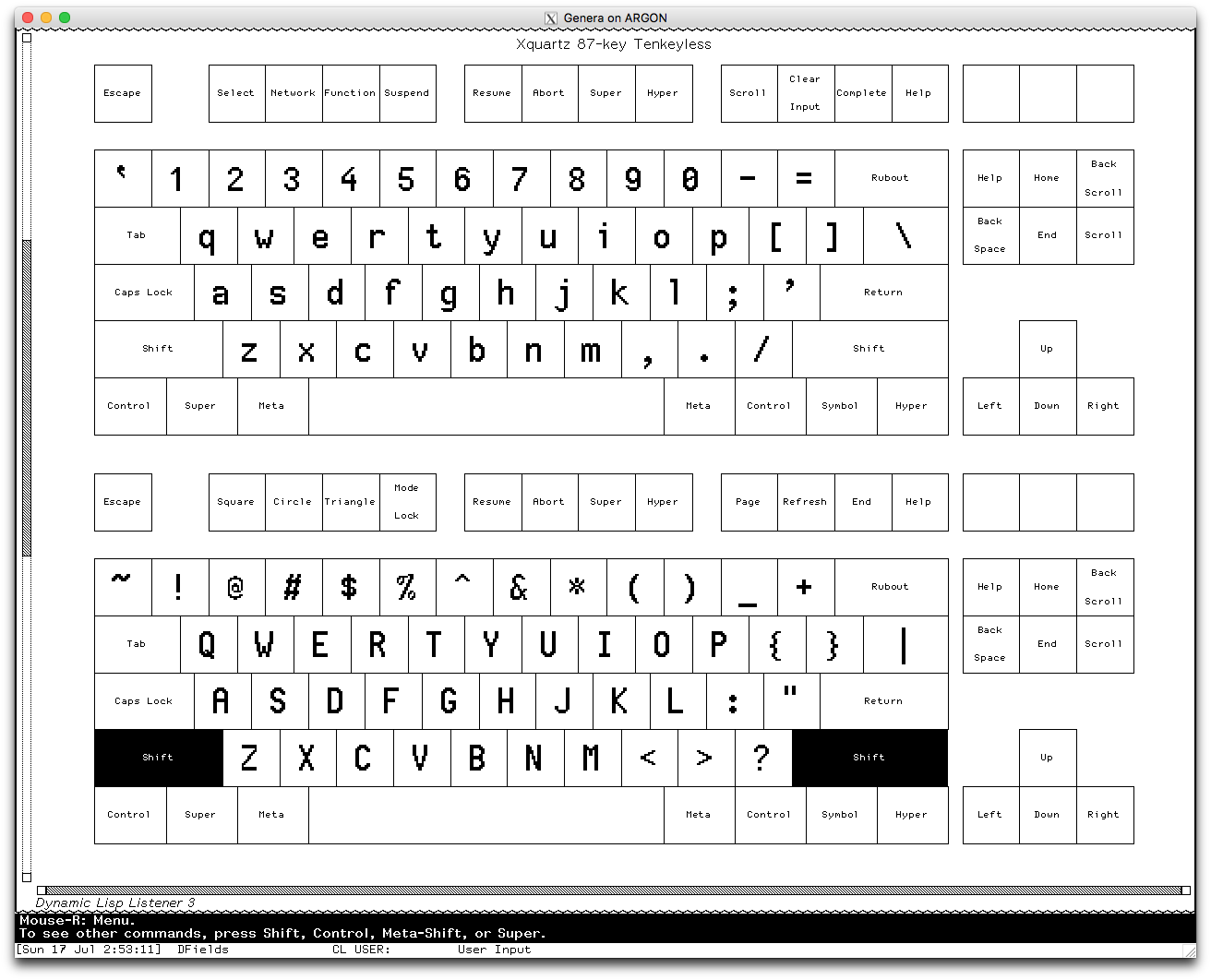 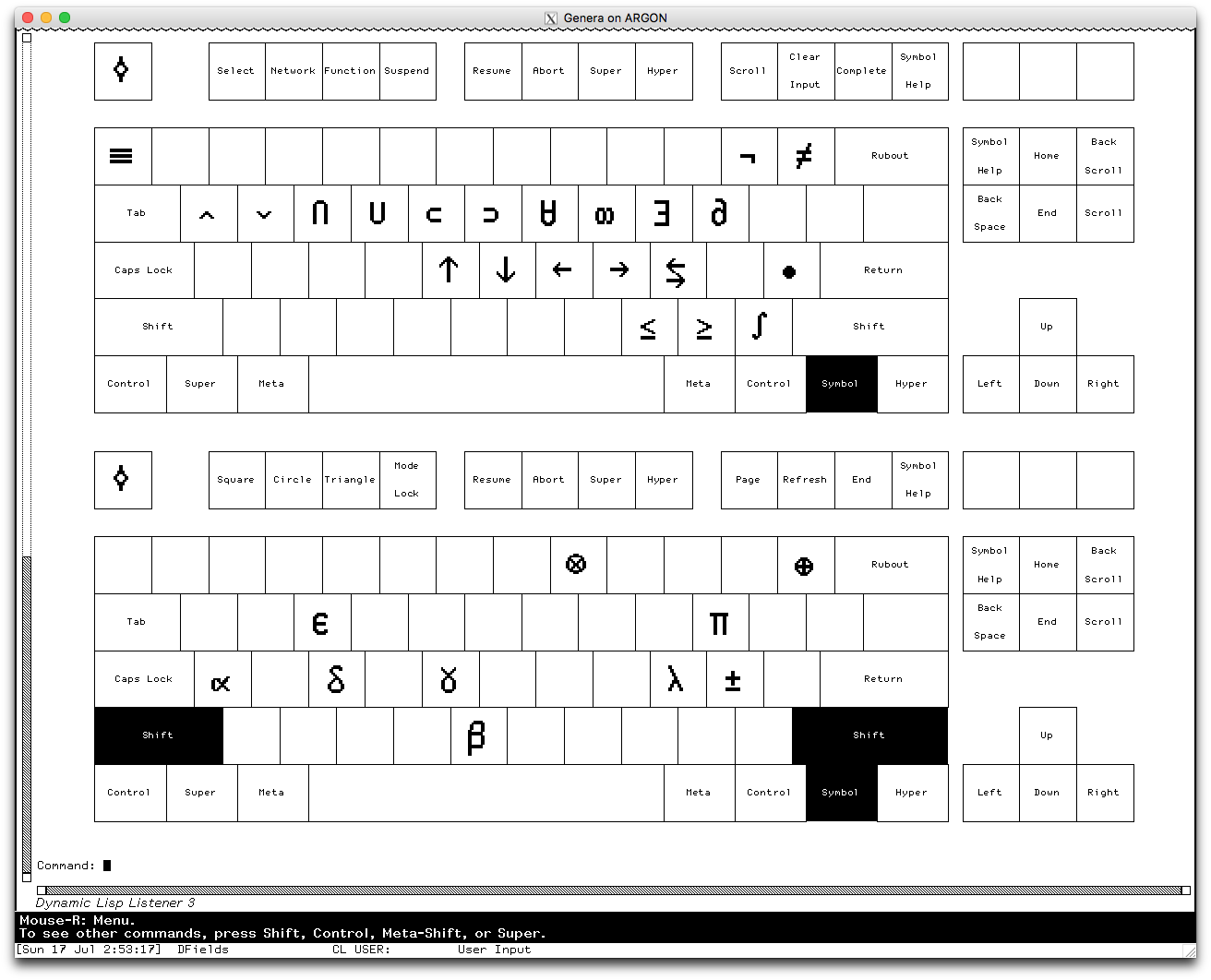 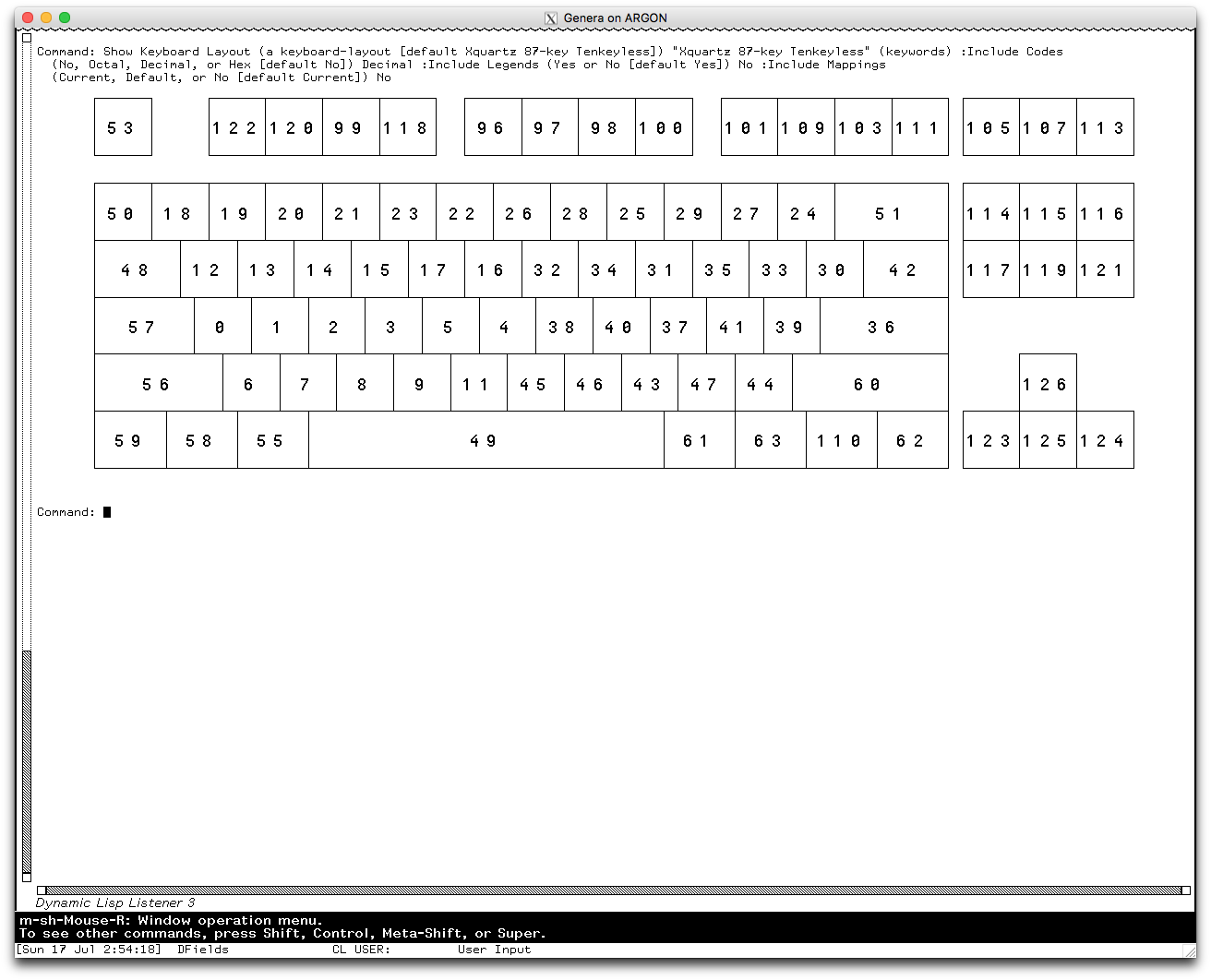 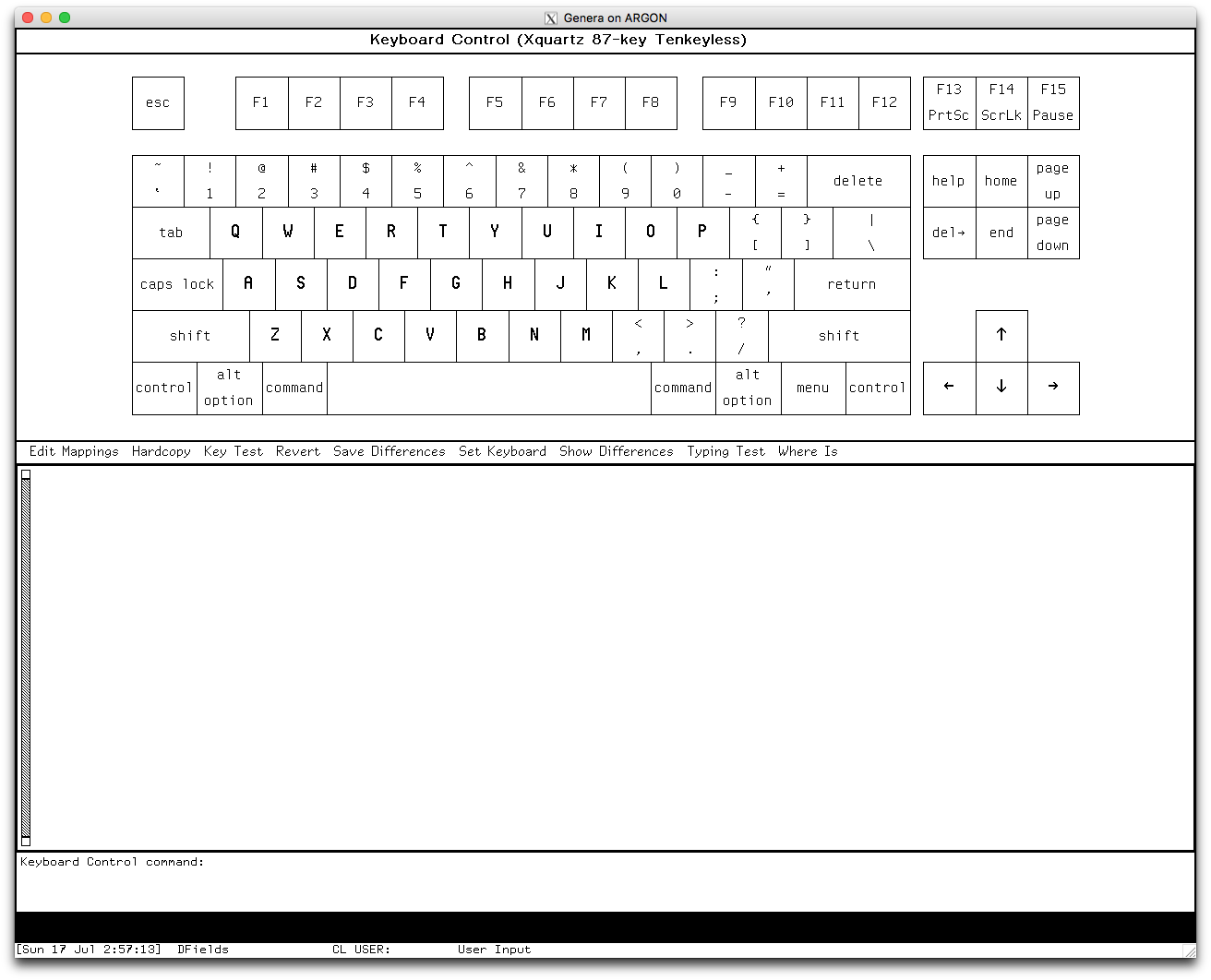 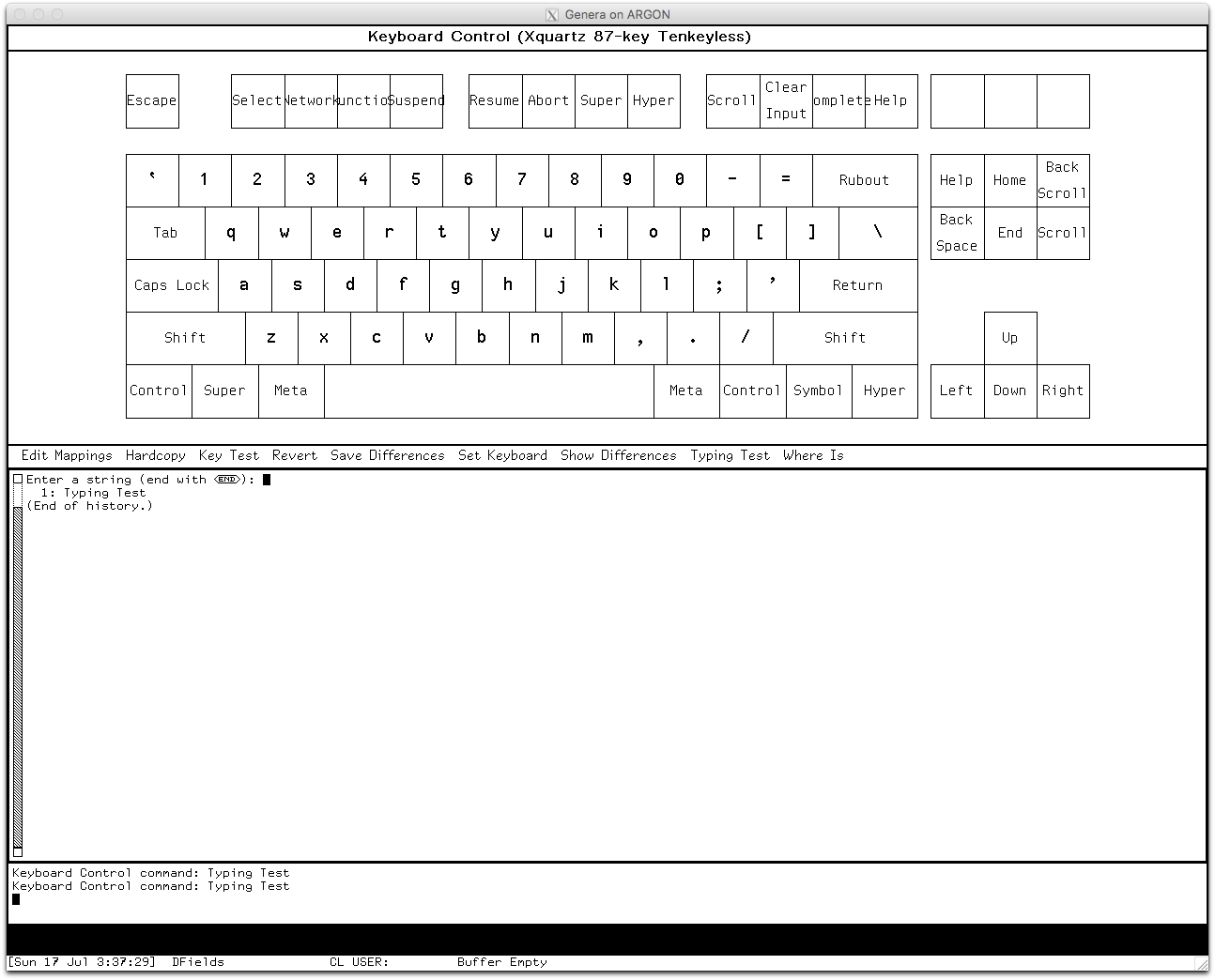 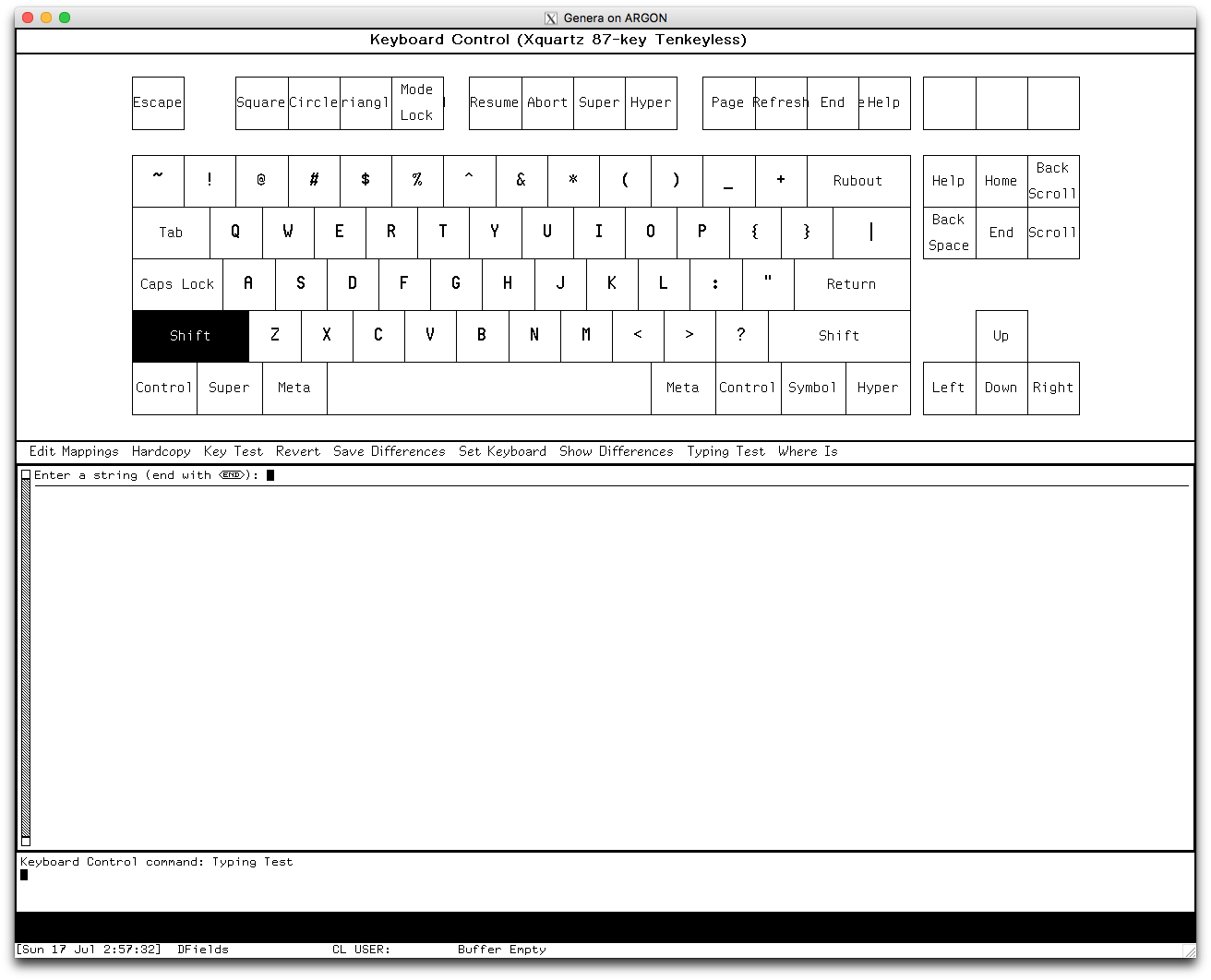 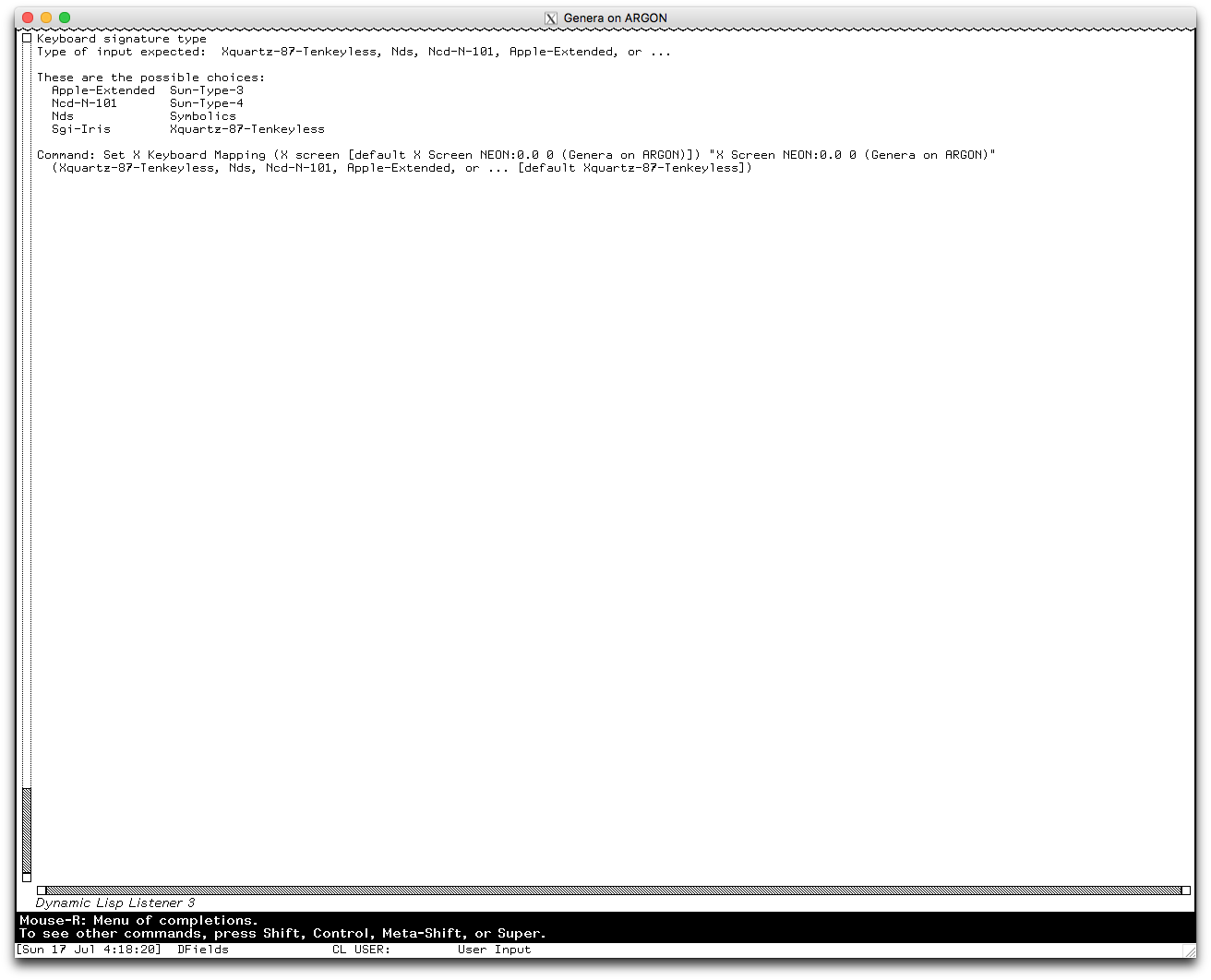 Just a brief hint... After you modify the file that has your translations (e.g., sys.translations), to make…

In an effort to rule out the power supply causing the XL1201's instability, I sent it out for overhaul…