Well, tonight I had more crashes using the XL1201. Each time the computer crashed after about 20 minutes. This indicates to me that there's something odd going on somewhere.

Before the first crash, I put the Fluke 289 on 1-second measurement mode of the 5V rail. It was steady the whole time, even after the first crash at 20 minutes. 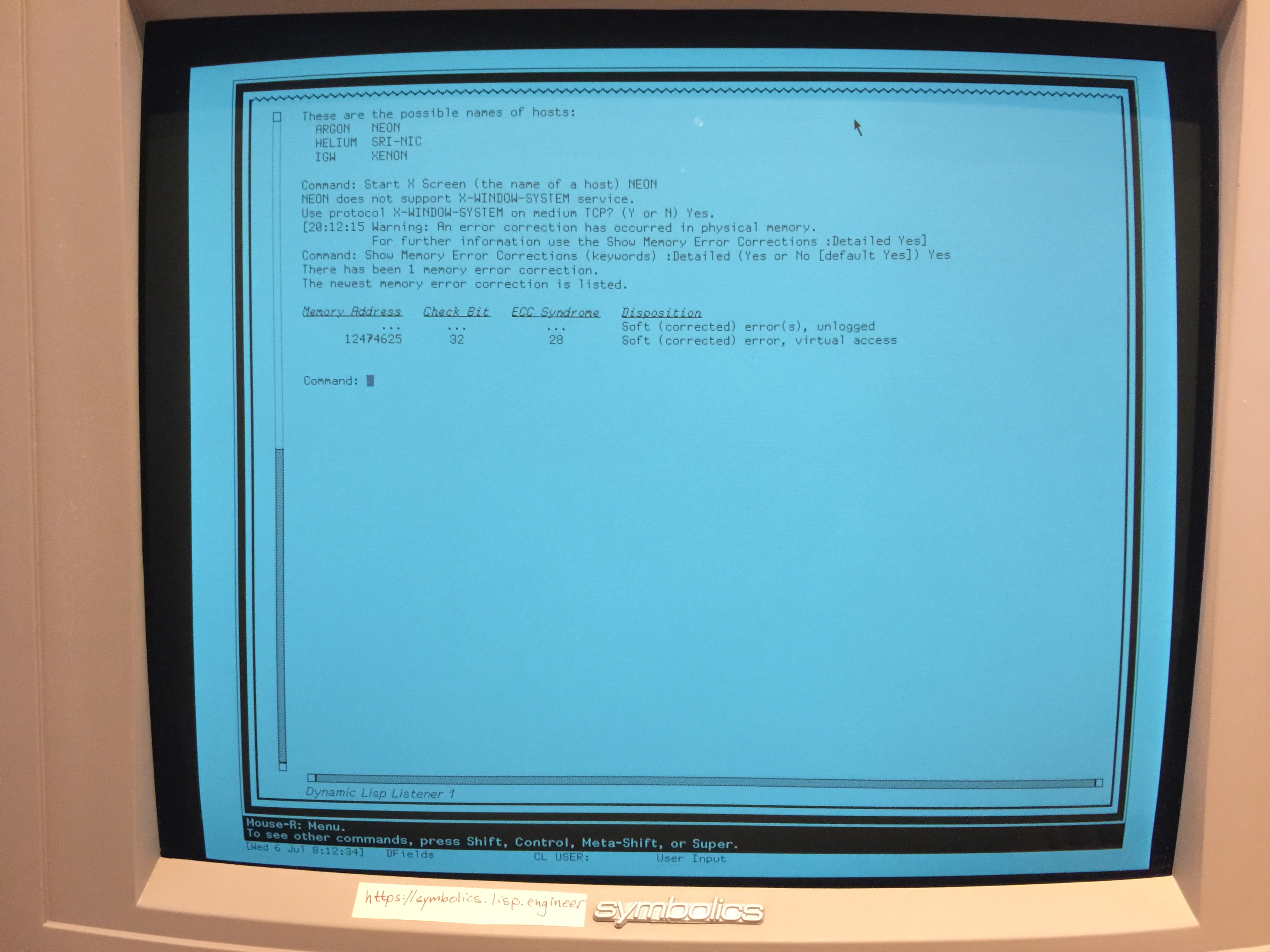 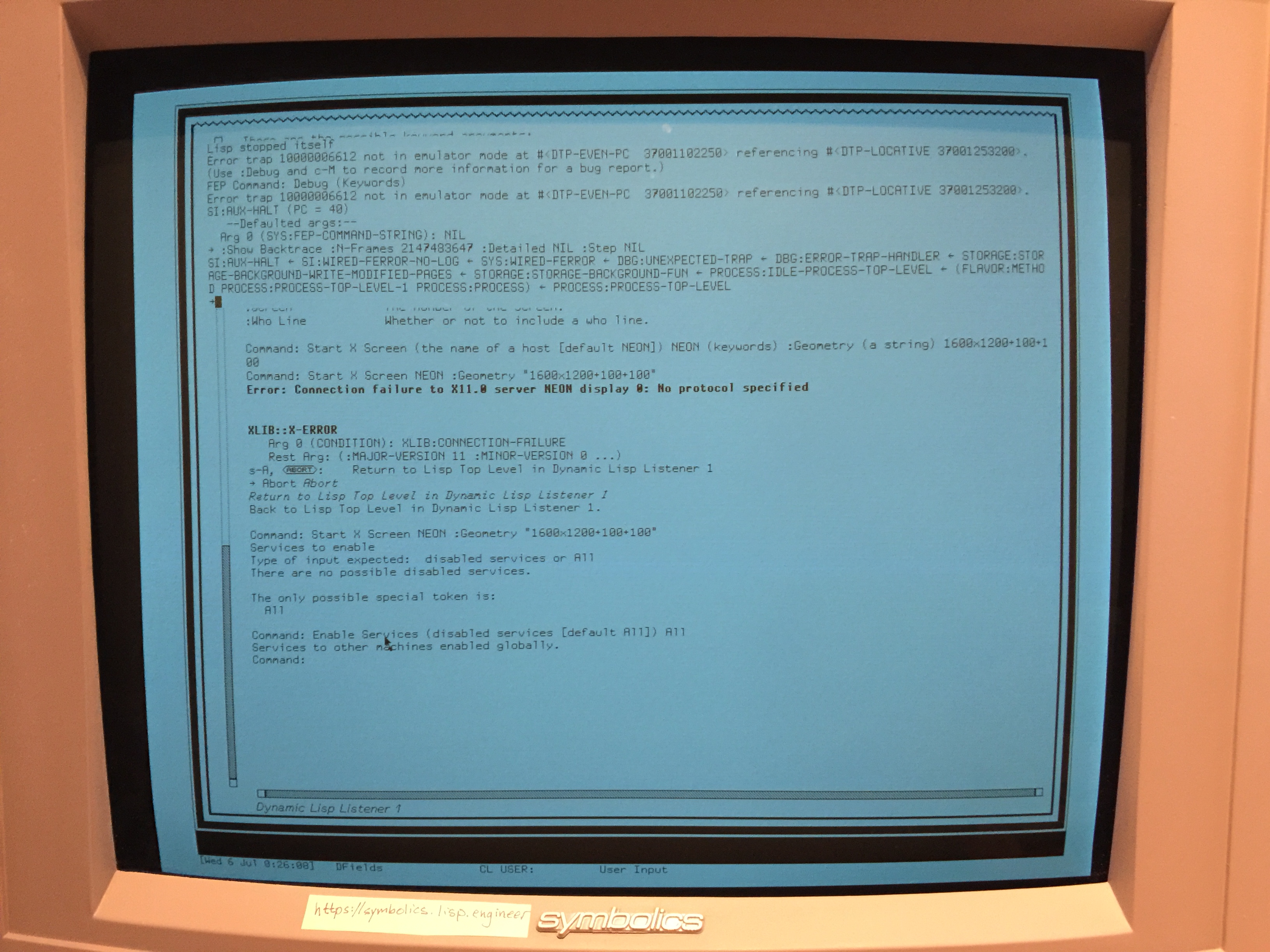 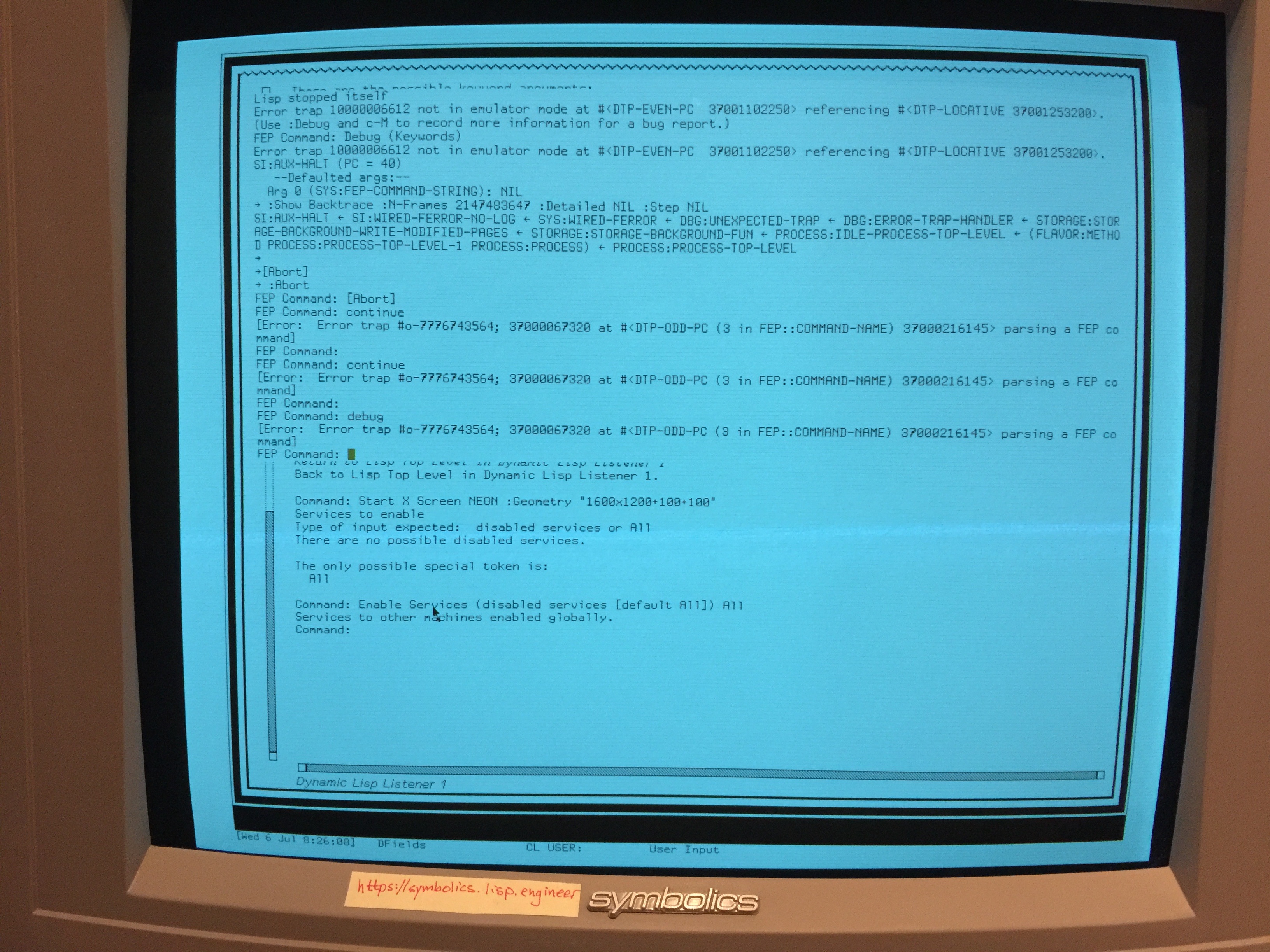 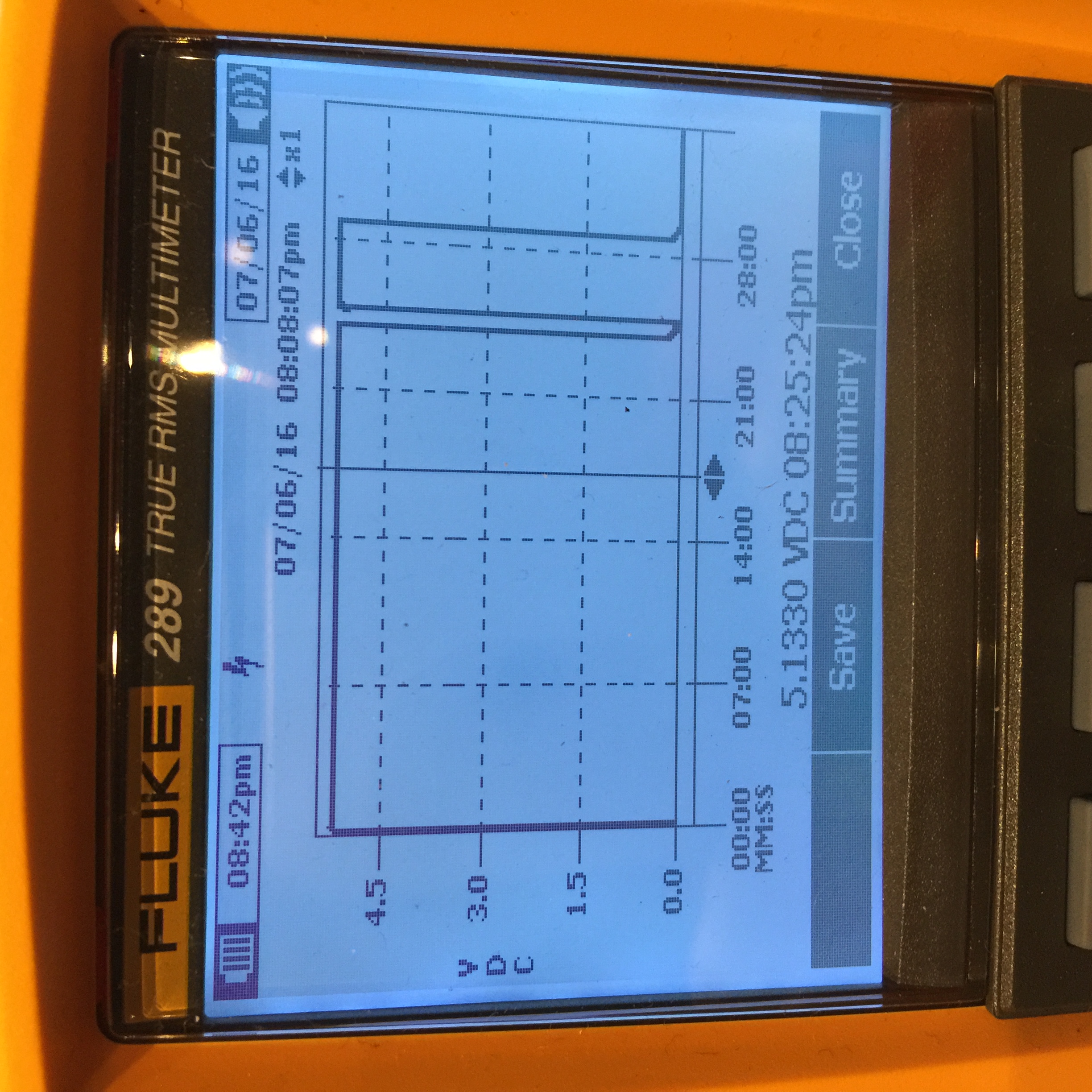 I then took a few hours break.

Later, I removed both Merlin II and Merlin I/O cards, put contact cleaner on all the socketed chips, and pushed down on them.

I used the Fluke to check all the tantalum caps. The resistances were myriad. All of the ones on the Merlin II were about 8 ohms except for one which was 5. On the I/O board, the resistances were all over the place from 5 ohms to scores of kohms. I have no idea if any of these is a/the problem.

I reseated the boards in the chassis and tried again, this time with the Fluke 289 on the 12V rail. Again, it crashed after about 20 minutes, but this time with several odd errors that were displayed to me in Document Examiner windows running on my iMac in X. Eventually the Document Examiner activity stopped entirely but was able to be restarted before the final crash.

This time when it crashed, the c-b in the FEP gave a screen-filling backtrace.

Oh well, something is very wrong for the XL1201 to crash reliably after 20 minutes. The next thing I'll try is removing the hard drive and going back to the SCSI2SD. Maybe that's the problem. I'll also put the Fluke on the other two rails (-12V and 5.2V). 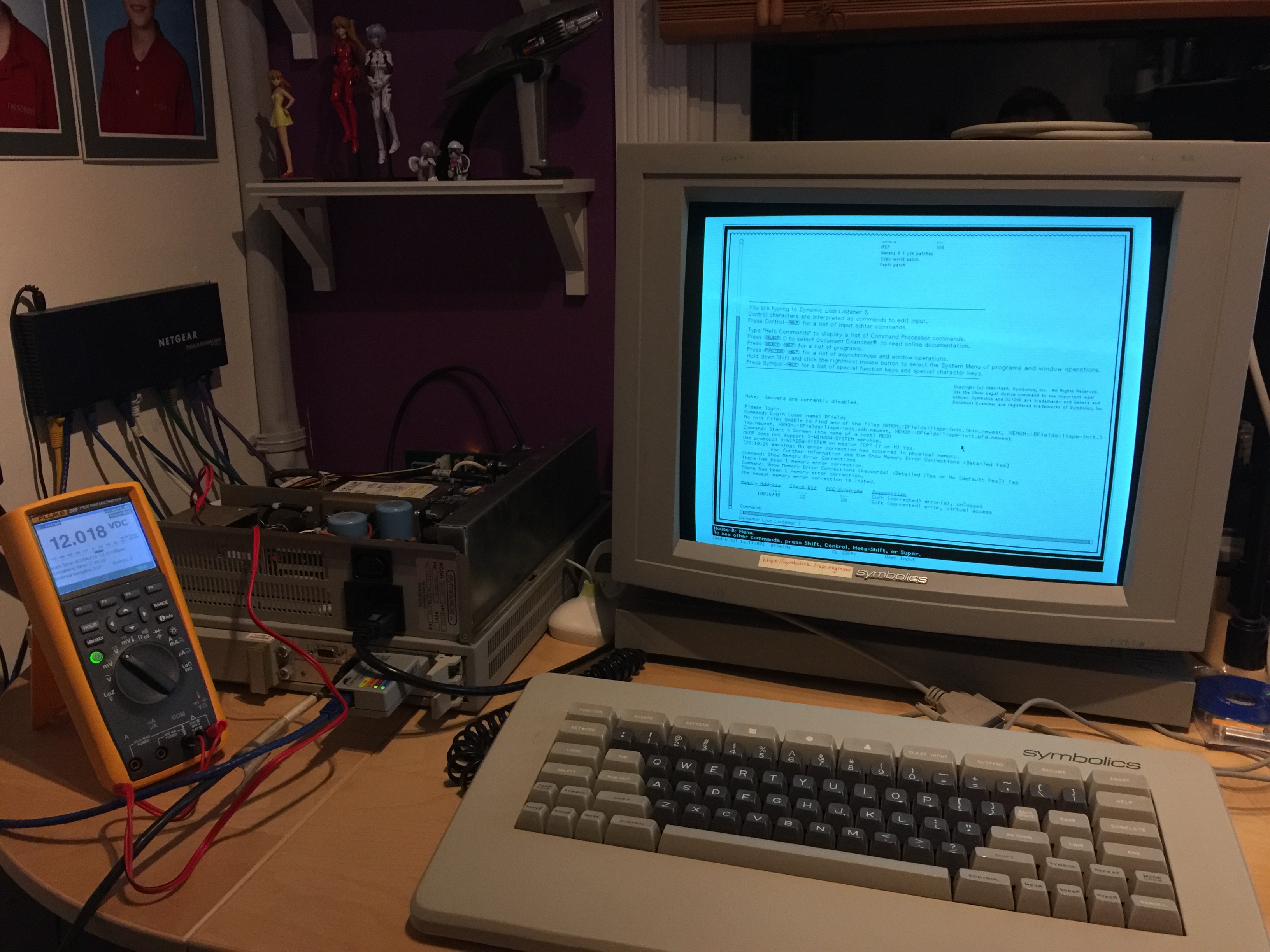 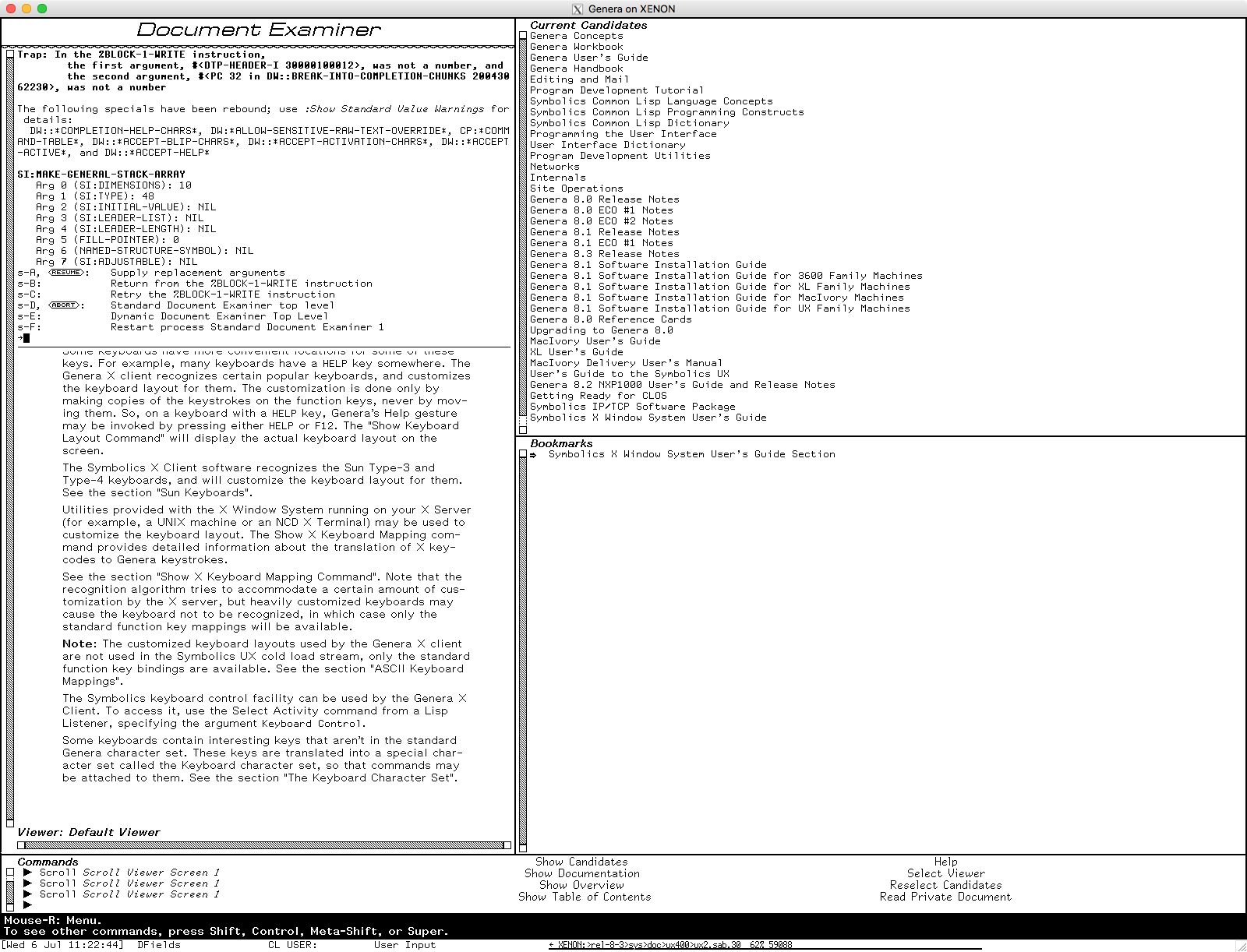 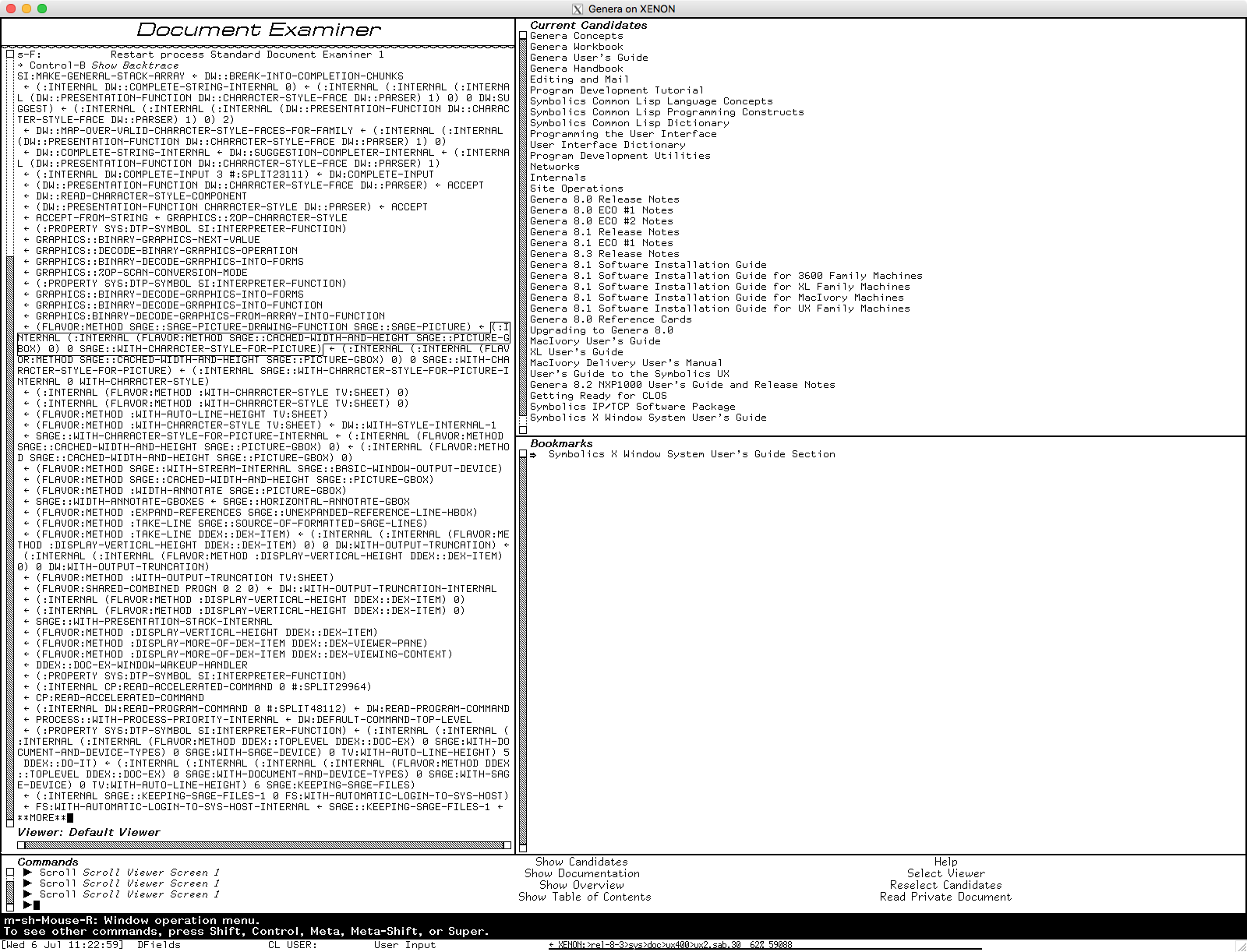 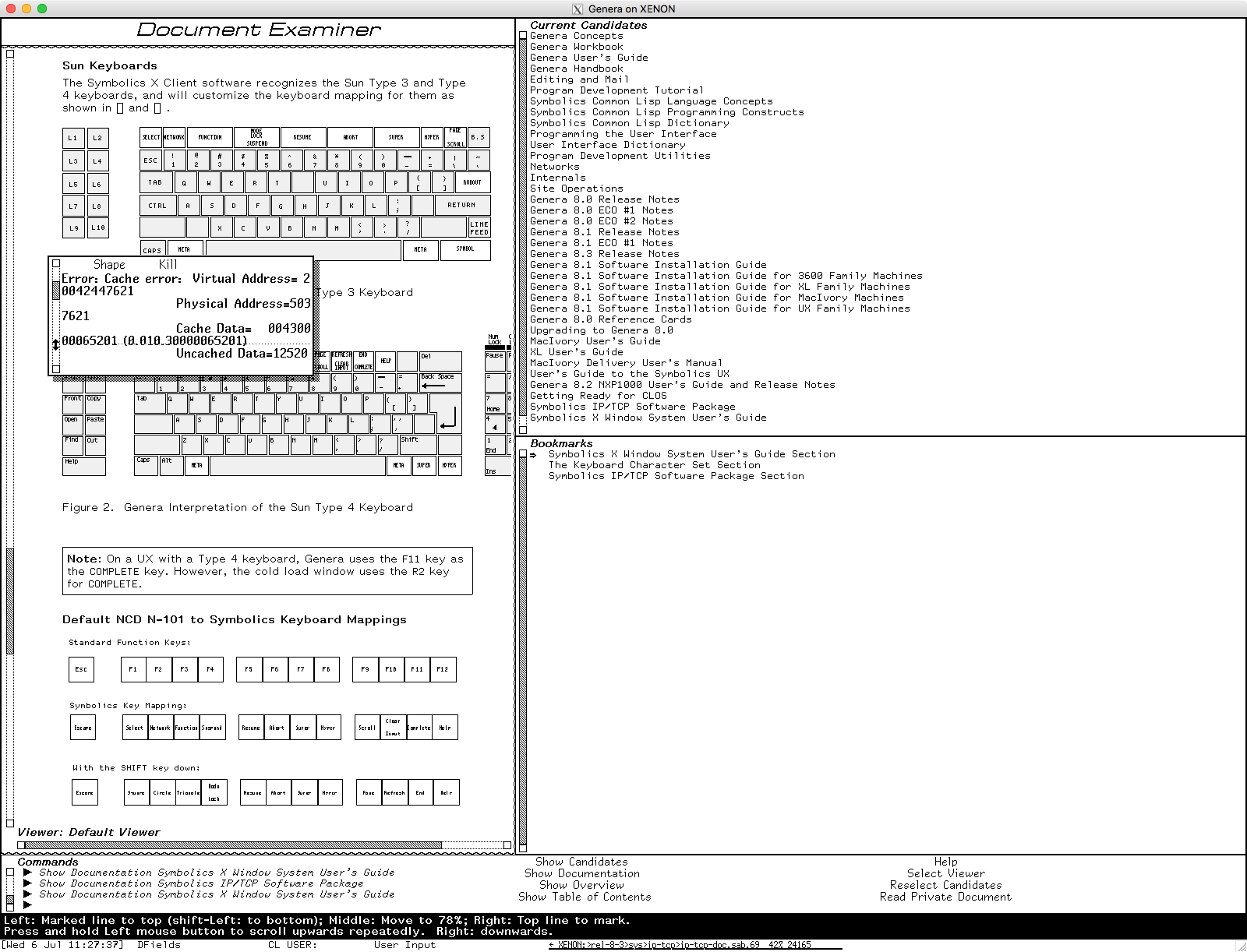 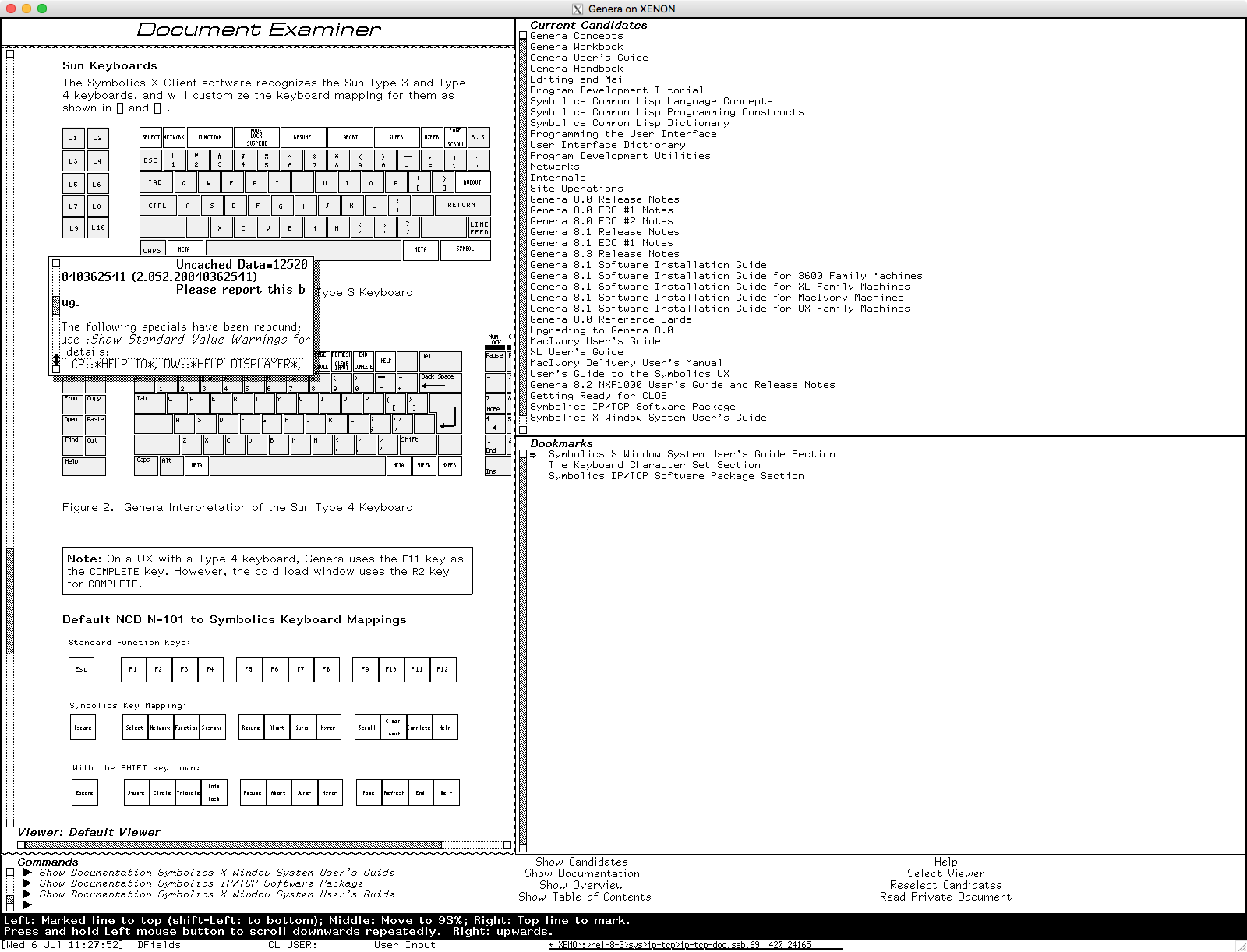 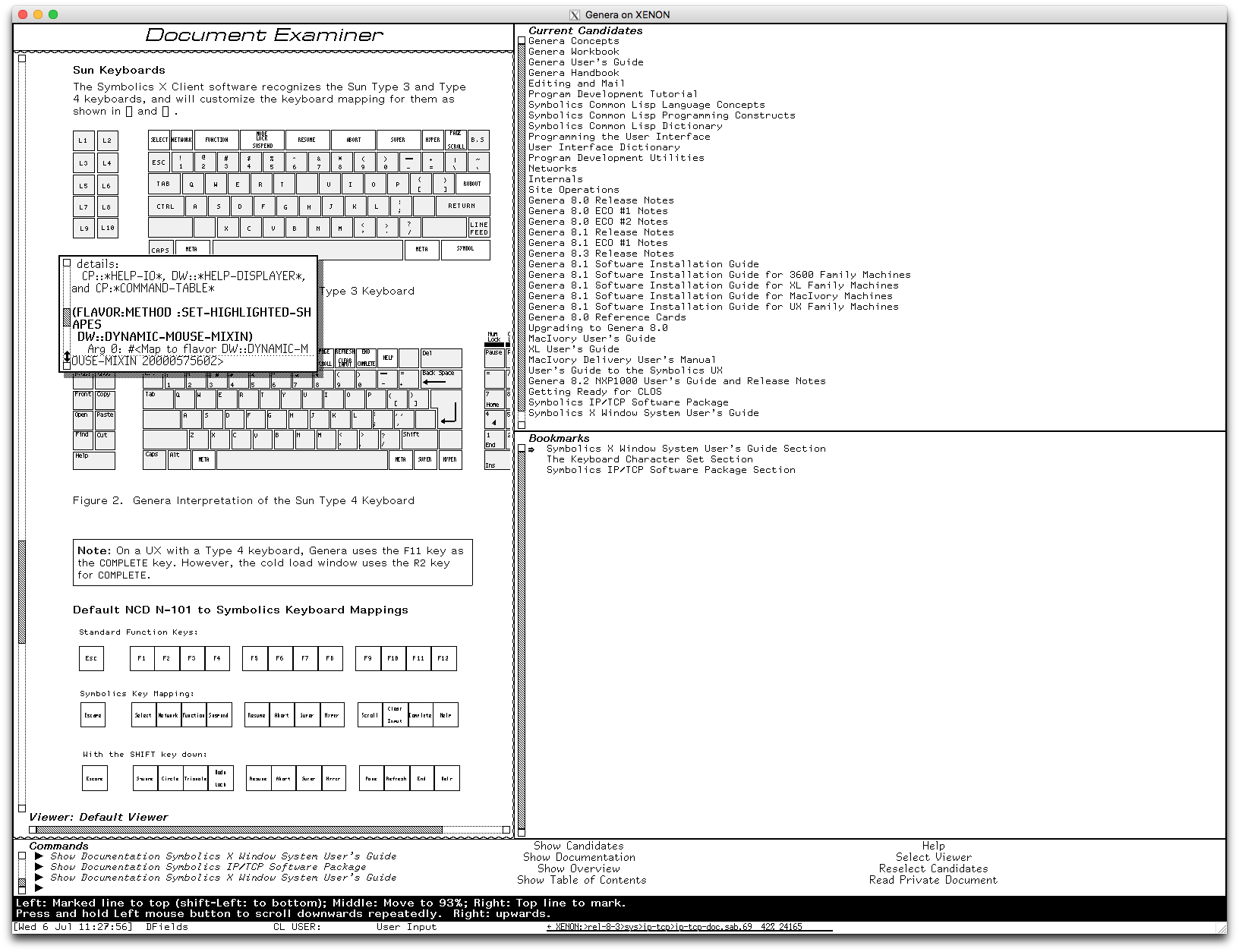 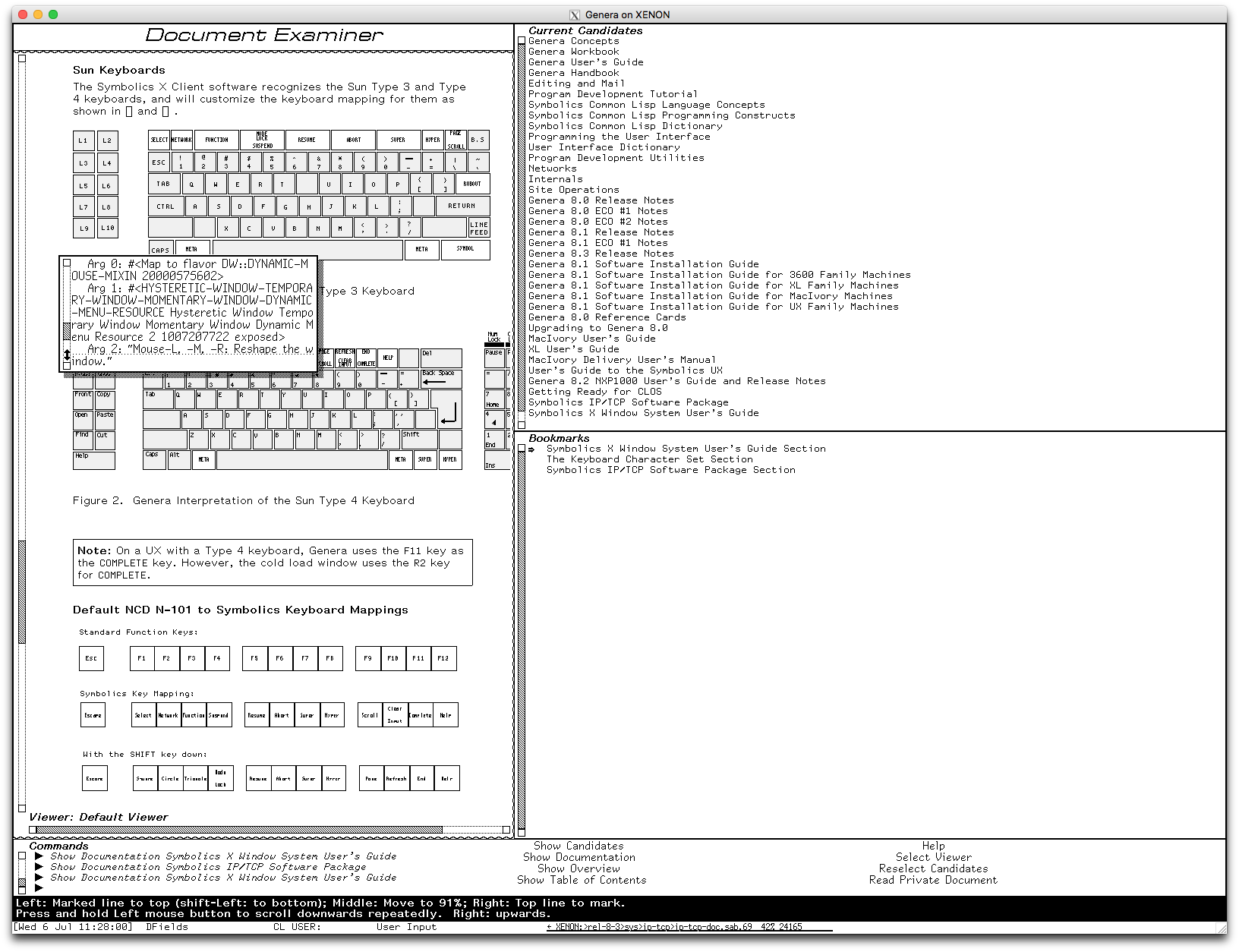 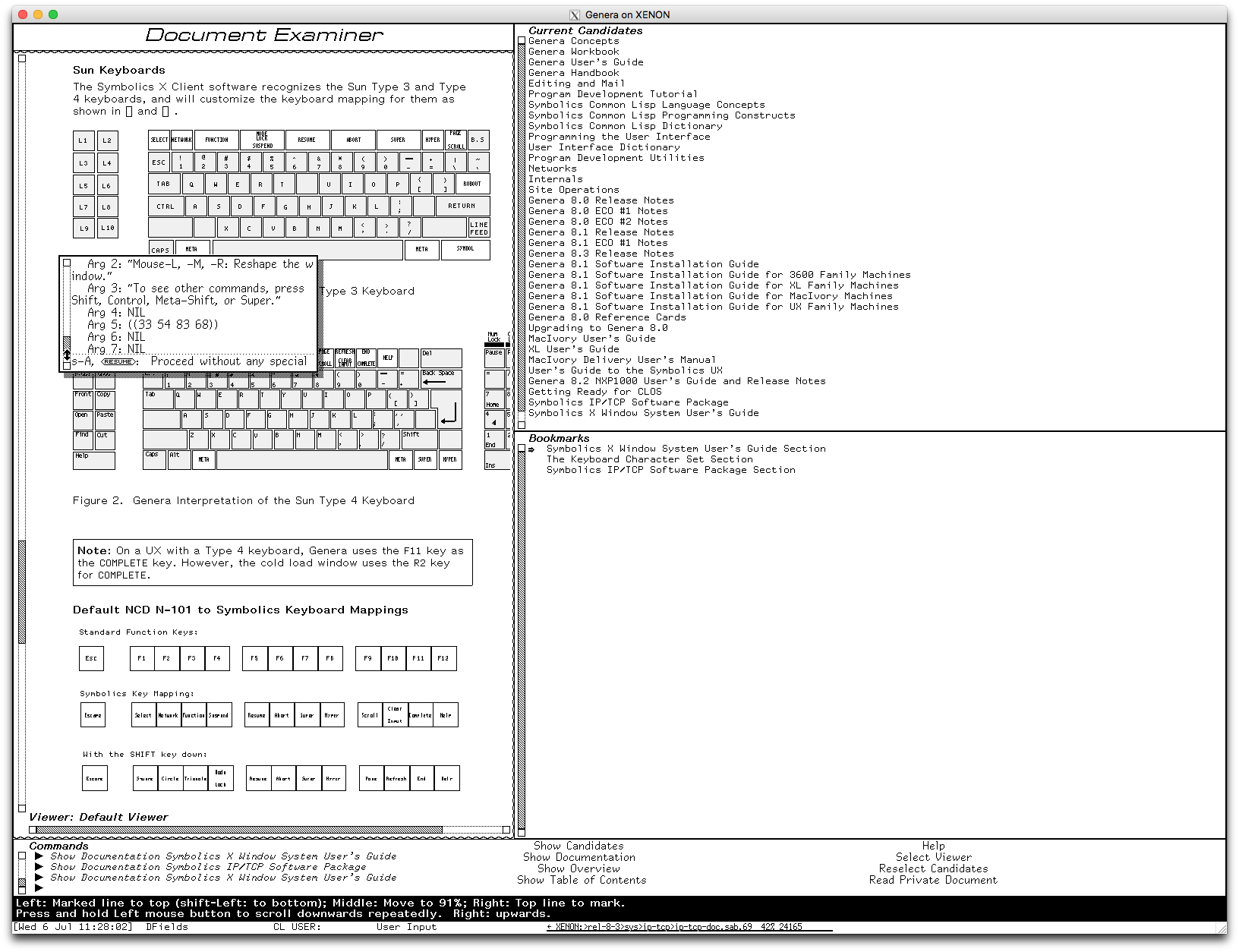 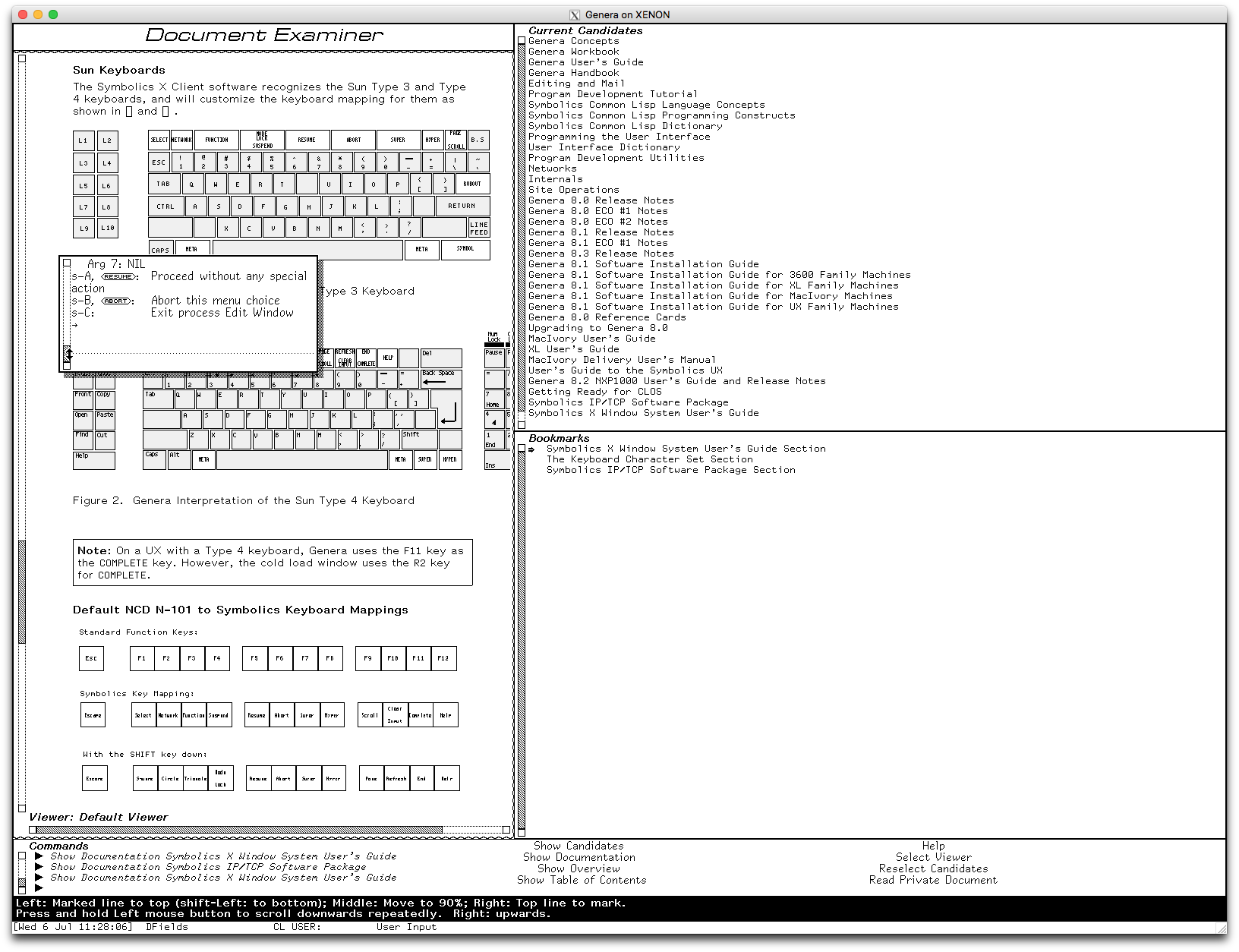 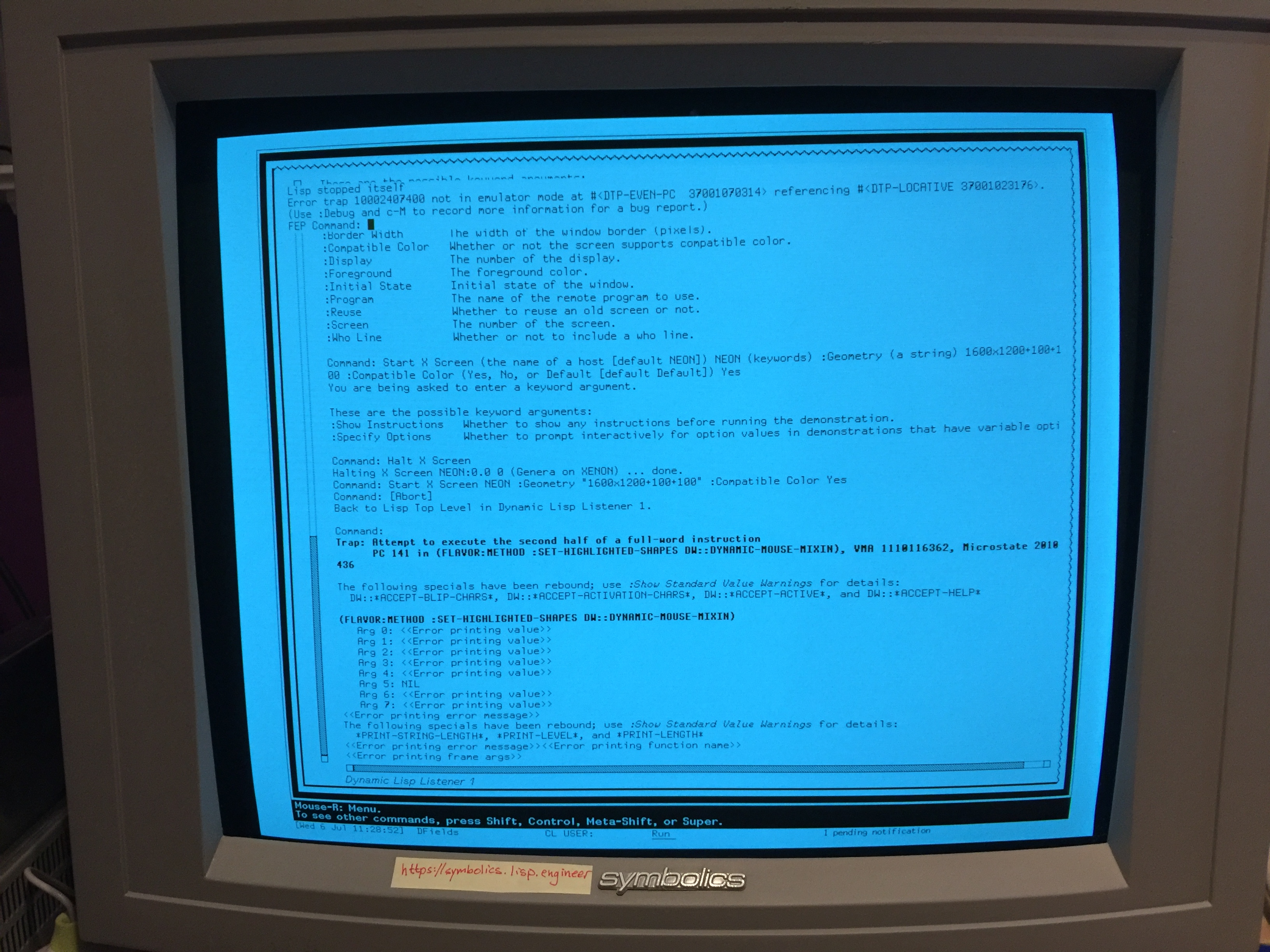 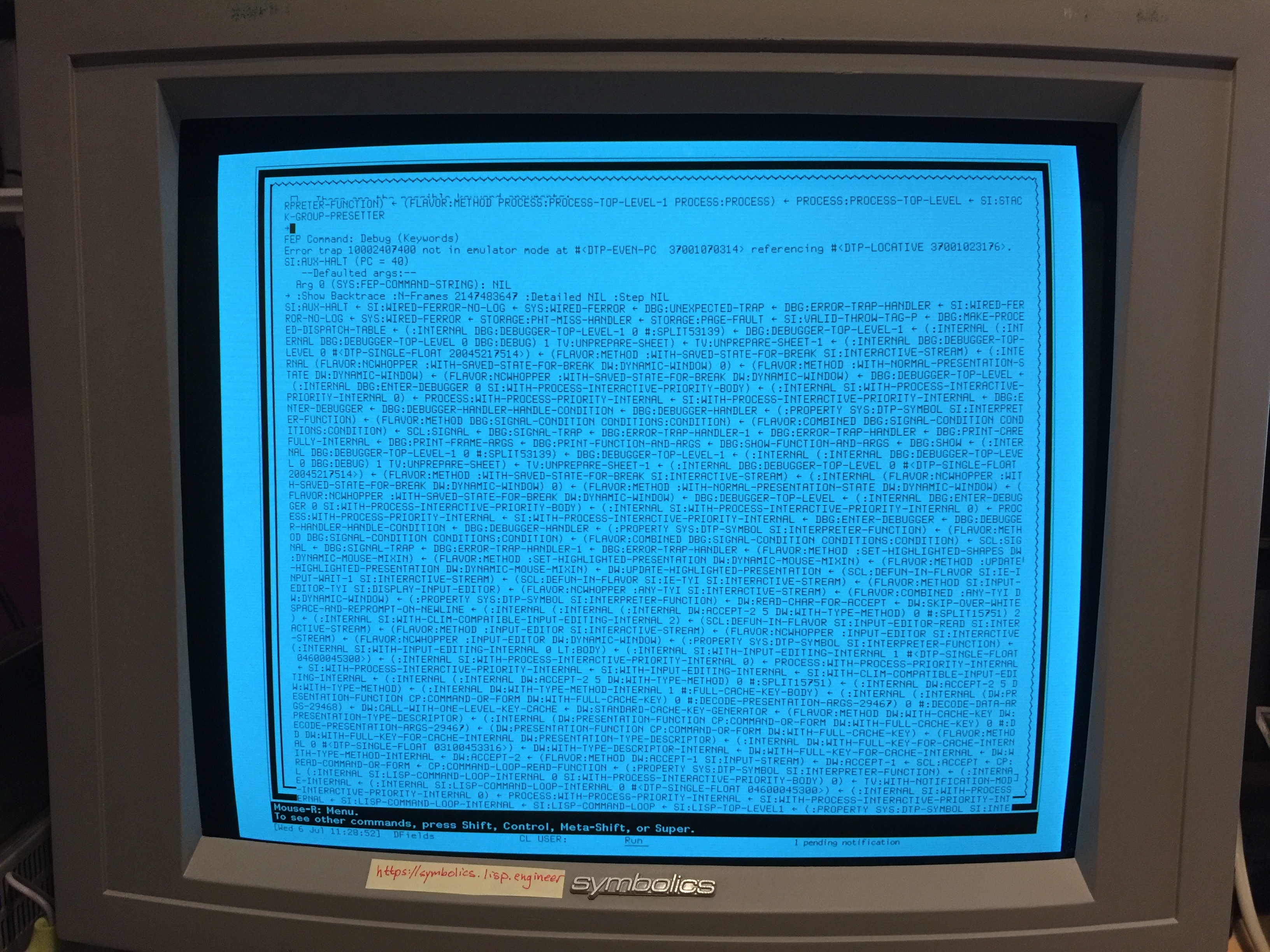 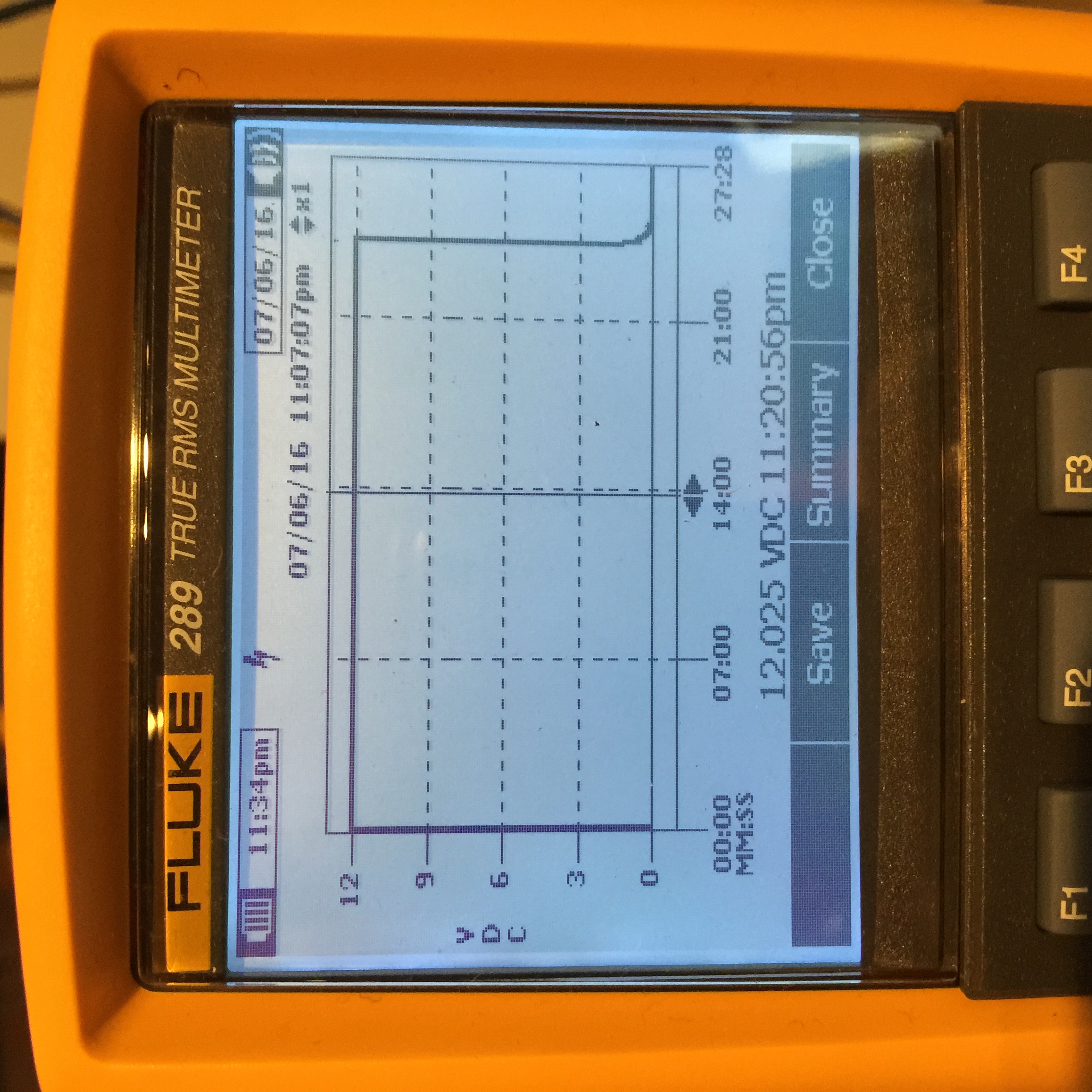 Well, the instability on the XL1201 has been disheartening. However, I have a few suggestions and plans to see…